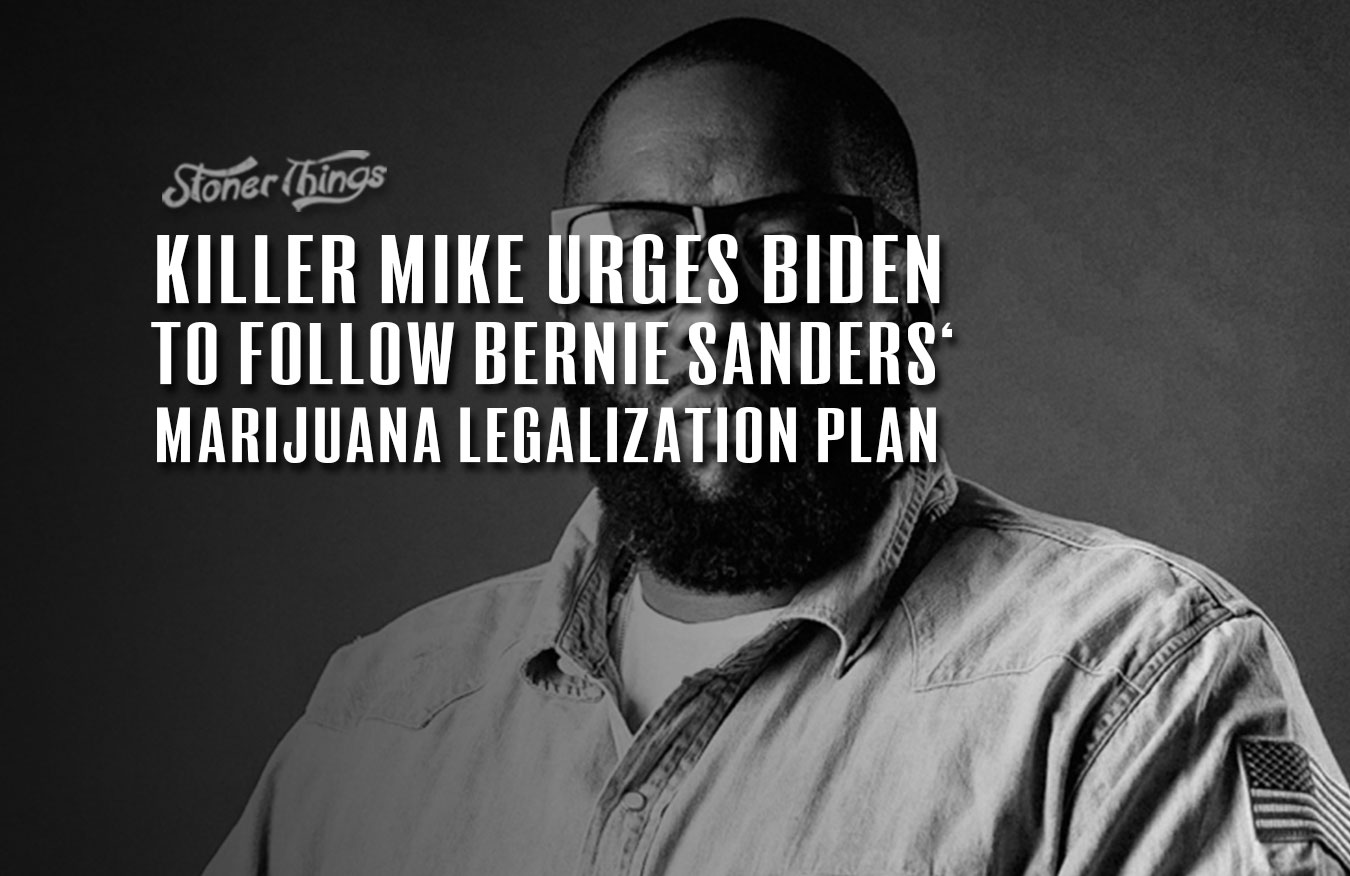 Although President-Elect Joe Biden has indicated he’s not going to immediately legalize marijuana when he takes office, even saying that he “knows a lot of weed smokers” to justify his stance. However, rapper Killer Mike is urging him to make it legal for a number of reasons. One of them might be a cannabis strain created by Run the Jewels, the group Mike leads. Self-interest aside, he makes a solid point in an interview with TMZ about how the cannabis industry as it is right now was made from the work done by minorities — who are also more likely to be targeted by law enforcement. He’s calling for Biden to adopt Bernie Sanders’ plan for legalization, which would create specific programs to boost minority participation in the cannabis economy.

Obviously Killer Mike stands to benefit from legalization, but so do millions of Americans. The particulars of the Sanders plan includes a series of multibillion-dollar programs to help right some wrongs that have been like festering sores in the U.S. for generations. The War on Drugs, for example, hit minority communities harder. Bernie’s plan would create a $10 billion dollar fund to spark development opportunities in communities impacted by the ill-fated War on Drugs.

Criminal justice reform is a cornerstone of the plan, and includes a review of previous convictions that could be overturned or expunged entirely. Vacating unjust rulings based on evolving law is rare in the U.S., which makes drug law changes all that more remarkable.

Of course, to do these things marijuana must be completely legal at the Federal level. How does that happen? Biden can’t simply wave a magic wand, but he can issue an executive order. There’s a process to reschedule a drug, and it will take the Department of Justice working with other agencies to actually do that, and it could take an act of Congress. The Senate passed a bill opening up more research, and the house has voted on decriminalization to a degree, but so far no Federal mandate has rescheduled cannabis.

Sanders’ plan calls for an executive order to tell the attorney general to remove cannabis from the controlled substance list. It also calls for a cabinet and other top agency chiefs to end the war on drugs, especially with cannabis, immediately, while waiting on congress to pass legislation regarding the other points in the plan. Meaningful structural changes will take time, and all of this is merely a blueprint. What happens in congress is, ideally, compromise, which means blueprints are watered down to appease the palette of many different voting blocs represented. That is, in a nutshell how a democracy works — voting blocs and representation by votes or elected officials.

We don’t yet know if Biden will do any of this, as he’s been reluctant to endorse full legalization. Then again, he’ll have a cratering economy, pandemic, and domestic terror to deal with as well and could be preoccupied with a number of high priorities in the coming months. Weed may take a backseat for a while, but the good news is there’s a lot of momentum for at least some of what Killer Mike and Bernie Sanders propose.