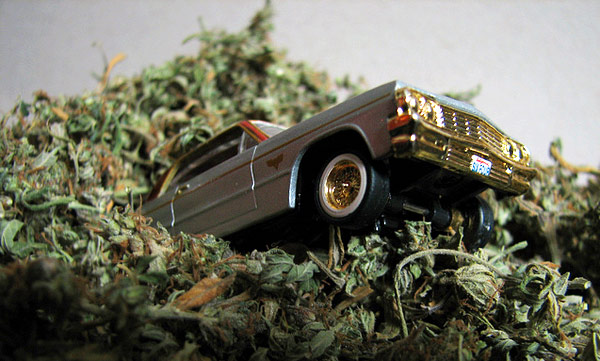 Putting your organization’s name on an adopt-a-highway sign can earn you legitimacy and much-needed public exposure. In some places it’s becoming easier for pro-marijuana groups to adopt stretches of state highways. In others, not so much.

Fire It Up Kansas, a group that supports legalizing weed in that state, applied to adopt a highway but was denied because of its message. State officials said they won’t allow it because marijuana is illegal in the state.

“We don’t want to advertise for that because their name is gonna be on our signs and I don’t think that’s acceptable,” said Benny Tarverdi, metro engineer for the Kansas Department of Transportation.

“We don’t see any reason for the rejection, other than we like to tell the truth about cannabis,” –Mike Golden, founder of Fire It Up Kansas.

The group said it would contact the ACLU if the Department of Transportation didn’t reconsider. Fire It Up Kansas wants the sign as a community expression, group members said.

“There’s no reason in the world to continue to tell us no – reconsider and let us do this, it’s free folks,” said group member Diana Golden.

Fire It Up Kansas is a newly formed group that advocates for full legalization. Kansas may not seem the most likely grounds for success, given the state’s failure to enact medical marijuana in each of the last three legislative sessions (a state senator is trying again this year).

But advocates remain confident they have enough voters on their side to change the law. Adopting a highway is a small part of the outreach needed to win those voters over.

“We don’t see any reason for the rejection, other than we like to tell the truth about cannabis,” said Mike Golden, founder of Fire It Up Kansas.

Indeed, late last month in Virginia, the state chapter of NORML was granted rights to adopt a stretch of highway in Northern Virginia near Washington, D.C. (20 miles north of CIA headquarters). Pot is illegal in Virginia just as it is in Kansas.

Adopt-a-highway requests have been denied in several states in the past, usually those filed by the Ku Klux Klan or other white supremacist groups. The Department of Transportation told KWCH Fire It Up Kansas’ application was the second the agency had denied in ten years – the first was filed by the KKK. 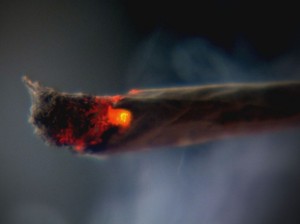 But the members of Fire It Up Kansas vowed to fight. And the law may be on its side. KKK groups in other states have successfully stopped states from excluding them based on their politics.

In 2005 the U.S. Supreme Court rejected an attempt by Missouri to tun down the application of a controversial group. In Kentucky, fear of an unsuccessful legal fight led state officials to accept the adopt-a-highway application of a white separatist group.