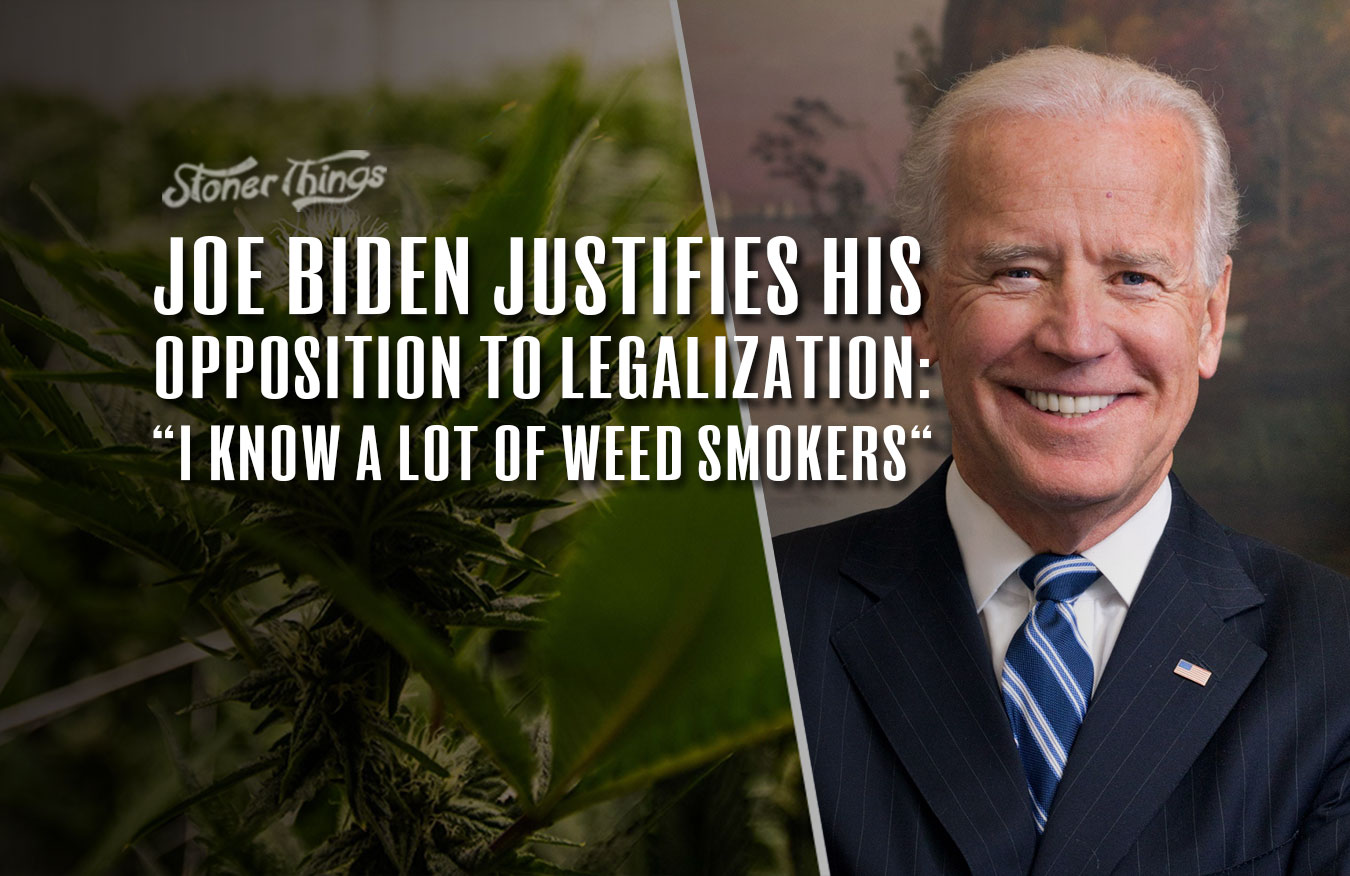 Joe Biden’s stance on weed may seem puzzling. Despite overwhelming support among Democrats, he continues to oppose full legalization. Of course, this simple statement is spun out of control because it makes Biden sound hopelessly behind the times — when, in fact, his stance on marijuana reform is a bit more nuanced. Biden’s pro-pot, but to a point. His official position is in support of a Federal rescheduling, some social justice reforms, treatment options, and medical marijuana acceptance. All of which stops short of nationwide recreational pot. Why? In a recent interview, he claims he knows “a lot of weed smokers” which has helped inform his stance. Really?

Interestingly, Biden’s specific plan for pot includes first rescheduling it from Schedule I to Schedule II, which would allow certain types of research to proceed. Biden, in an interview with The Breakfast Club, said “I think science matters,” when discussing research into the potential of cannabis. But not just the positives, the negative potential as well. It’s that particular stubbornness that has irritated legalization advocates. They say that decades of data show more potential than harm, and that waiting around for full legalization needlessly puts more people at risk by pushing them to illegal sales.

Biden’s stance is aligned with many on the right when it comes to legalization, as he punts to states to decide whether dispensaries can sell recreational weed. It could also be some other arrangement that would allow recreational sales — but either way don’t look to Biden to enact a sweeping framework that would allow free and open marijuana sales across state lines.

He’d also like to expunge the records of previous drug records in an effort to remove the sins of the past. This is part of the social reforms that also include treatment programs. Again, some legalization advocates balk at a policy option here, that being the treatment programs that would be compulsory. But no one is arguing with the purging of previous convictions, as it’s an effort to retroactively offer justice if not reparations in a costly Drug War.

President Obama had directed Federal agencies to ignore most low-level marijuana offenses, which freed up resources to focus on harder drugs and treatment programs. Unfortunately, shortly after Obama’s first term an opposition wind swept into office under the auspices of cutting funding to dozens of programs, and many of the research and treatment programs intended to advance marijuana interests were railroaded as a result.

Even though “Uncle Joe” is taking a somewhat outdated approach to marijuana reform, it is still progress. Many believe that he will be the last president with such views, however, and that future presidents will be more in line with public sentiment. That sentiment has been trending toward full cannabis legalization for years. It’s only a matter of time before those trends are reflected in leadership as well.