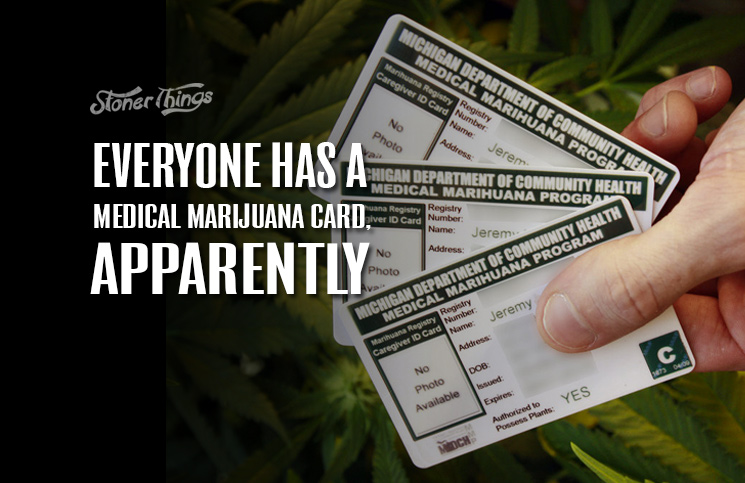 It’s not much of a surprise to most people that medical marijuana is legal in California – and easy to get. But just how easy? Late night host Jimmy Kimmel recently posed that question to Hollywood passersby in his “Ask a Pedestrian” segment. 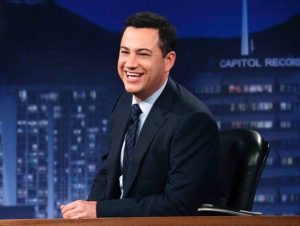 “Twenty-four states have legalized medical marijuana, which means our country is now officially half-baked,” Kimmel joked. “Our state, California, was the first to legalize medical marijuana, but we aren’t so strict when it comes to why doctors can prescribe marijuana.”

It’s true: almost any health “problem” can land you a medical weed card. Anxiety, depression, even everyday headaches can qualify you for the good stuff. So Kimmel stopped pedestrians to ask whether they carry MMJ cards, then challenged the audience to guess what the answers would be. If yes, what condition were these fine people “treating” with pot?

Question: Do you have a MMJ card?

Randy from Hollywood was an easy guess for the crowd. “I think if your name is Randy, they just give you a card, no questions asked,” Kimmel said. He was right. When the interviewer asked Randy if he had a card, Randy answered, “I sure do,” then stared off into space for a while. So why does Randy carry the card? He gave the best answer he could muster: “Yeah, you kind of need one to have a medical . . . to have a medical . . .” and got no further than that.

The audience was pretty confident about Joy from Los Angeles, too. Indeed, she said, “I sure do.” For what condition? “The condition is children, jobs, um, life.” Hear, hear. And as Kimmel pointed out, those are serious disorders. “You know, there’s a zero percent survival rate on life,” he said. “It’s true.”

Next came Josh from Salt Lake City, Utah, and while he could barely string a sentence together, he confirmed the crowd’s guess that he has no card. He could sure use one, though. “I really want one for my birthday or Christmas, either one, I’ll take it,” Josh said. When asked how long it had been since he toked, his answer was gold: “Since I was 16 years old, girl.” The interviewer repeated the question, and Josh responded, “Oh, I’ve been smoking all day, girl.”

Demetrius from Savannah, Ga., assured the audience that he uses medical marijuana and is legal and everything. To what end? He carries his card, he said, for “suspect glaucoma.” Which means what, exactly? “It means that in the future, it’s a possibility that I could have glaucoma.” Well said, sir. Well said.

Bob, meanwhile, was visiting from Denver and disappointed the audience by disclosing he has no card. His son does, though. For what purpose? “To buy his dad medical marijuana.”

Finally there was Justin of Los Angeles, a man dressed in superhero spandex designed to look something like Superman. Surely this man uses medical pot, right? Sadly, no. Maybe it would get in the way of his mission to save mankind or something. Either way, he does carry munchies in his fanny pack – but sadly, he has no good reason to need them.