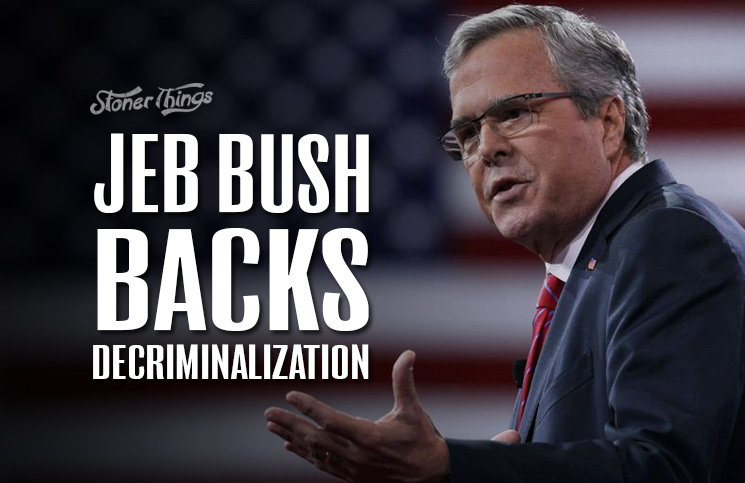 Jeb Bush has next to no chance of winning the Republican presidential nomination, let alone the White House. Even after a year of unprecedented fundraising and appearances from his brother and their father, both former presidents, Bush is struggling to reach 5 percent in polls of GOP primary voters. 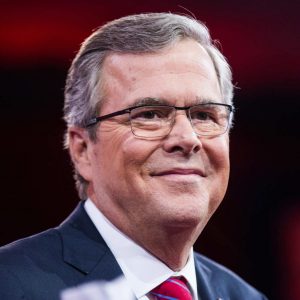 But at least he’s willing to reconsider his opinions, even when it might conflict with popular wisdom on the right. On Dec. 11, he subtly shifted his position on marijuana reform, saying he’s willing to consider decriminalization, though not full legalization.

“It’s one thing to say we should have decriminalization of marijuana,” Bush told Joe Mathieu of WBZ NewsRadio in Boston. “I support that.”

This was the first time the candidate has endorsed any kind of reform beyond limited medical cannabis laws. But he said he hasn’t changed his stance on legalizing the drug. Decriminalization involves removing criminal penalties for possession of small amounts of marijuana; instead, offenders pay small civil fines. Legalization removes all penalties, civil and criminal, and creates a system to regulate and tax retail cannabis providers.

In his interview, Bush pushed the mistaken theory that marijuana is a “gateway drug.” According to this opinion, people who smoke cannabis become more likely to use harder drugs, such as cocaine or heroin. There is no science to support this position, and plenty of science to refute it, but it remains popular among drug warriors.

In fact, a 1999 study by the Institute of Medicine found “no conclusive evidence that the drug effects of marijuana are causally linked to the subsequent abuse of other illicit drugs.” In other words, most cannabis users never touch hard drugs, and those who do are not driven there by the marijuana. 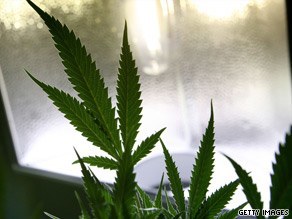 Cannabis “does not appear to be a gateway drug to the extent that it is the cause or even that it is the most significant predictor of serious drug abuse,” the institute wrote. The study was commissioned by the office of the U.S. drug czar.

A more likely explanation is that people who use both cannabis and hard drugs are genetically or biologically predisposed to experiment with intoxicating substances of any kind – and possibly to develop addictions. Environmental factors in childhood could also play a role in leading certain people to try a variety of drugs.

Still, it’s a popular refrain from conservatives unwilling to acknowledge the lack of harm associated with the drug in study after study. New Jersey Gov. Chris Christie, also a contender for the GOP nomination in 2016, has cited the same mistaken conclusions during his campaign.

Bush even went so far as to conflate cannabis and heroin: “The new heroin and the new marijuana are highly, highly toxic,” he said during the radio interview. Of course, this statement is also highly misleading. The science on high-potency marijuana is limited at best, and what there is has never concluded any kind of marijuana is similar to any kind of heroin in any way. At most, cannabis may have influences on brain chemistry that could be dangerous for adolescents. It certainly doesn’t kill.