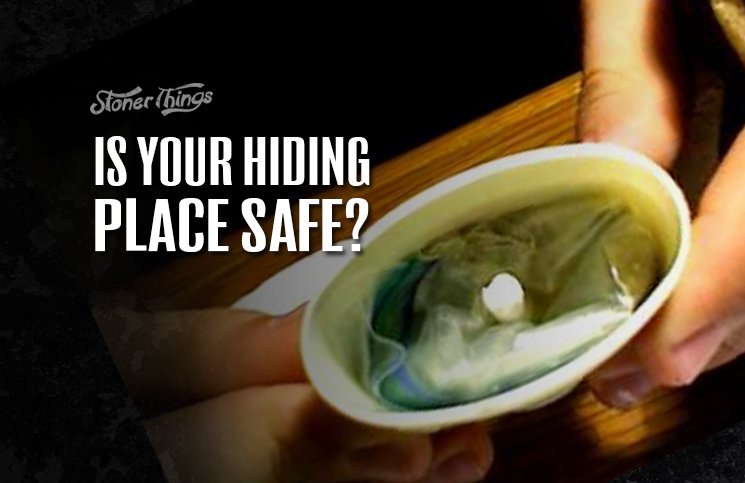 If you live in a place where weed is legal, there usually isn’t much point in hiding the stuff. You may choose not to leave it out on the kitchen table, what with sticky-fingered plumbers, but you’re not going to carve a hollow spot in the drywall, either. 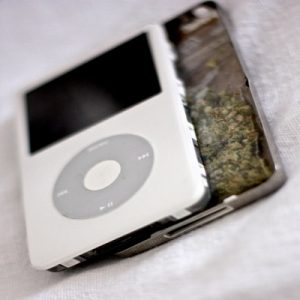 Other folks are not so lucky. Maybe pot is illegal and you live in a place where visits from the police or otherwise nosy personages are common. Or maybe you’re just paranoid and like the security of a hidey-hole.

But how safe is your favorite marijuana hiding place, really? Probably not very.

Consider Dominique Chaney, a 22-year-old Minnesota man busted in September after cops found 38 bags of cannabis stuffed under a false bottom in a can of potato chips – a can with no potato chips in it. What Chaney may have considered a fool-proof stash spot didn’t pass even a cursory smell test.

In other words, most of the “clever” schemes you, your friends, and a lot of dumb Internet commenters have devised for hiding weed – well, they’re worthless. That hollow can of Coke you hid at the back of the refrigerator? It’s the first place they’ll look.

Stuffing bags of pot into the air vents not only won’t fool anyone, it could clog your ducts and even create a fire hazard. And forget about the hollowed-out book, unless you live in a fully stocked library – again, anyone with a nose will go straight for the bookshelf.

If it’s just grubby friends you’re worried about, and not the fuzz, a loose floorboard or mattress hole should do the trick. But there are very few places in any home where cops won’t look, no matter how unlikely as a hiding spot.

The same goes on the road. If you’re carrying weed any distance, your best bet is simply to store it in the trunk. At least in some states, the penalties for possession increase if you’re carrying the pot in the front of a moving vehicle.

Obviously, keep the marijuana out of sight. Don’t wait and then scramble to hide it just as you get pulled over, since the sight of your hussle alone will make the police suspicious. Assuming the cops don’t have a drug dog with them (they rarely do), you should be fine as long as it’s just a moving violation.

But never try to hide weed on the outside of your car. If drug dogs do enter the picture, the very first thing they’ll do is sniff the exterior of the car, all the way around. At least if your pot is in the car, the intervening metal might muffle the smell a bit, though probably not.

Combination lock is you best option

So are there any reliable options for secreting your dope? Well, it’s always possible your home has a nook or cranny that really is so hard to find it could go overlooked. But your best bet, in most situations, is a small combination safe. Even a cheap gun safe can be a good choice.

But it has to be combination, not a key lock. If there’s a combination pad and a keyhole, seal the keyhole with Gorilla glue and throw away the key.

Why? Because under law in most places, suspects can be forced to hand over keys under a search warrant – but not numeric combinations. That’s because courts consider such admissions to be a form of testimony, and the Constitution prevents the courts from compelling suspects to testify against themselves.

That isn’t to say no one can crack your safe, even without a key. The cheaper it is, the easier it is to jimmy. And the more expensive it is – well, who wants to spend hundreds of dollars to store an ounce or two of bud? But at least a decent lock will put something real between your stash and prying hands. And that’s better than nothing.