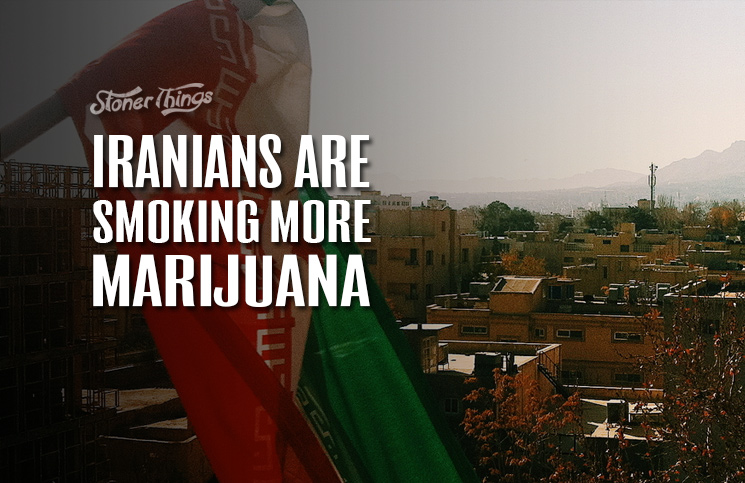 On the subject of Iran, marijuana is rarely the first thought that comes to mind. Almost every intoxicating substance is prohibited there, including alcohol and every hard drug. Cannabis, too.

That reality stands in stark contrast to the country’s harsh moral codes, which are enforced by secret police and carry severe penalties. Iran has long pushed to crush heroin trafficking in its corner of the Middle East. An unending war with Afghan smugglers has left thousands of security officers dead over the last 20 years.

Indeed, authorities there execute hundreds of drug dealers each year and have been known to arrest women for buying wine. But the marijuana trade is flourishing under their noses.

The reason is fairly simple: The drug has never carried the negative connotations within Islamic history that it carries in many other parts of the world. Neither the Koran nor other Muslim writings specifically proscribe pot, even though alcohol is explicitly banned by religious authority (drinking comes with a theoretical penalty of 99 lashes, but most cases result in a small fine).

As a result, the government mostly ignores small-time cannabis users and the black market that supplies them. That, in turn, has led to a boom in marijuana use across Iran. Even low-level dealers face relatively mild punishment.

This state of affairs is most apparent in Tehran and other large Iranian cities. For all their conservatism, certain parts of the Middle East are notorious for their illicit party scenes. Dubai, Tel Aviv, Beirut – all are hot spots for young thrill seekers. Tehran is also part of that crowd, if a low-key one.

Marijuana is known as “gol” in Iran and is easy to find almost anywhere in Tehran. The smell of it is common in restaurants and ski resorts, just as in Colorado.

Ubiquitous use across Iran’s large cities

“When you stroll through one of Tehran’s parks, you can sometimes smell it, even on streets and squares,” said Taba Fajrak, a 27-year-old choreographer. “Once, I even smelled it in a cafe.”

Not surprisingly, Iranian weed is found in most of the same places it’s found in the United States. College, for one, where students can reach their dealers at all hours – just as American potheads can.

The Times article points to reports from Iranian drug rehab centers that cannabis use is increasing in and around Tehran. Camp Jordan, a local facility, saw its patient population quadruple over the last five years, said Hossein Katbaei, the clinic’s director. Iranian doctors tend to view the drug as a problem, while younger people take the more American view – that the drug is relatively harmless.

But however the two groups describe marijuana, one thing is certain: It has taken firm root in Iran, and it’s only likely to spread from there.

Let us know: Why is pot so popular in Iran? Why not the rest of the Middle East? Drop a comment.