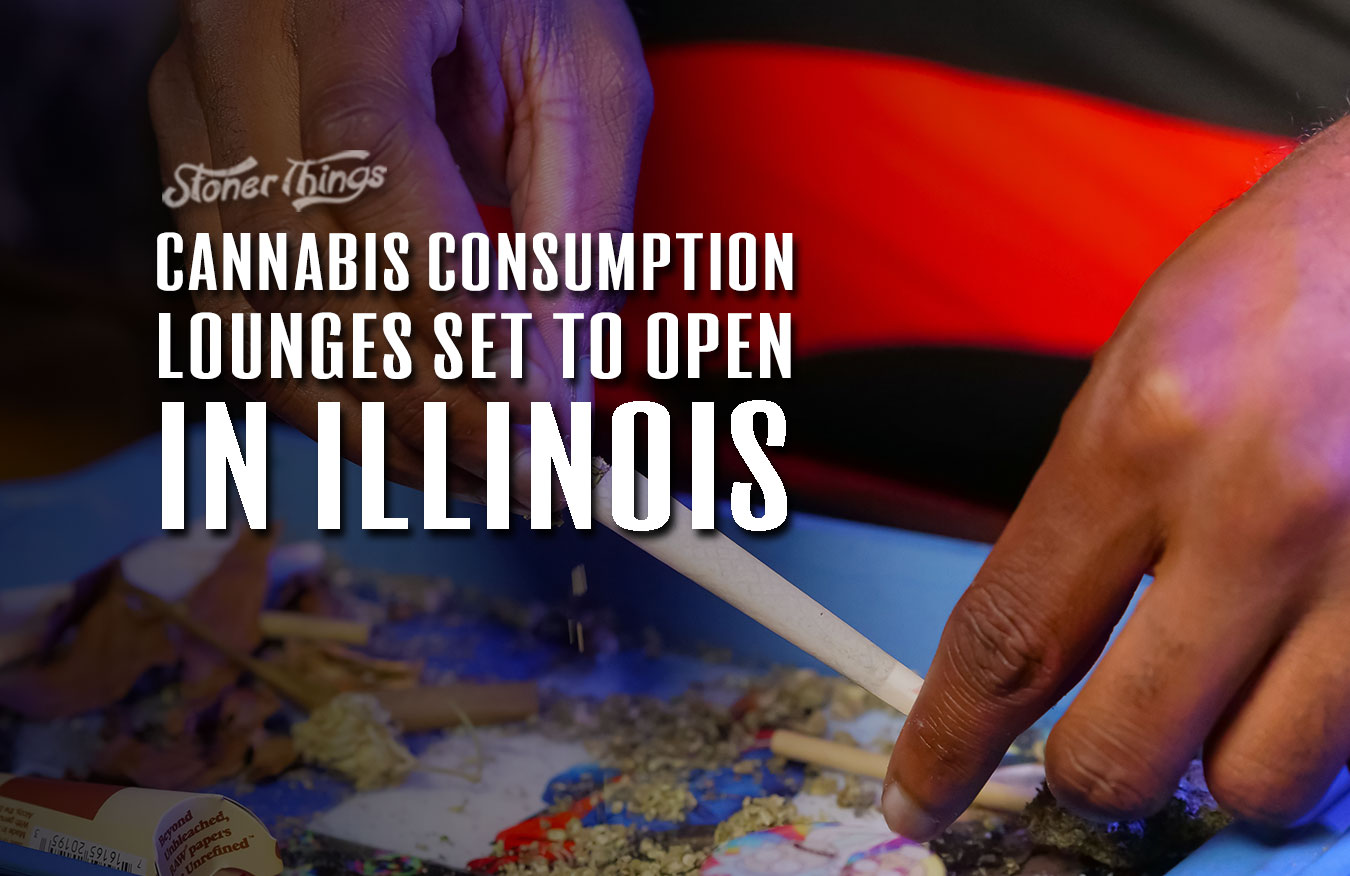 One of the problems with legal weed in the states where recreational smoke is available is the lack of places in public to smoke. The laws and rules around smoking in public have changed drastically since the 1980’s, and it’s almost impossible to find a bar or restaurant filled with smoke these days, pushing it onto patios and sidewalks. However, those laws predate most of the legal cannabis movement successes in the last decade or so. Hence, what was once a well-intentioned effort to reduce tobacco smoking has created a situation where pot tourists and others can’t enjoy a little weed in the very places where it would make sense to consume. In fact, it’s illegal in Illinois to smoke anything in public, so the news that a “consumption lounge” is set to open will be a relief to many.

The Luna Lounge is so popular already that opening day tickets are sold out and went quickly. The space opens July 10, coinciding with a sort of alternative 4/20, celebrating concentrates instead of flower. It’s opening in a former bank space, many of which around the country have been remade into everything from coffee shops to tattoo parlors. Luna Lounge is located in Sesser, Illinois, and if you’ve never heard of it you’re not alone. It’s a tiny town but was chosen because the bank location was a steal. The space can hold up to 60 people at a time, so tickets are required.

The owner, Holly Roeder, told the The Southern Illinoisian that the project had been pushed back a few times for various reasons, but she was determined to get the place open by July 10 for the unofficial “holiday” around cannabis oil. Even so, the demand is palpable, as it will be the first space of its kind in the state, and one of only a handful of cannabis lounges across the country. The laws in Illinois around smoking in public are so strict that you could be cited even if you’re smoking on your own front porch. Of course, that may be unlikely to be enforced daily, but it gives one an idea of how draconian the anti-smoking movement was just a few years ago (for tobacco, notably).

The practical upshot is that Roeder will have a monopoly on public space to smoke weed, legally, for a time. Expect to see more of these sorts of spaces in the future, especially in Illinois. While the regulatory and enforcement hurdles are numerous, the fact that it can be done, and done legally, should still be seen as progress. It also makes sense to establish spaces such as Luna Lounge, because it’s not like secondhand pot smoke is any less acceptable than secondhand tobacco smoke in 2021. But the same notion for banning tobacco in public spaces — that it would encourage kids — is another reason why this is so for pot smoking.

As you might imagine, lounges like this have regulatory oversight as well, mostly operating like bars which allow smoking. No one under 21 is allowed in, and the space is allowed to sell accessories for smoking but customers will have to bring their own buds. Leftovers will go home in a sort of “doggie bag” that meets legal requirements by the state. But apparently the legal hoops to jump through in Illinois for such a venture are minimal. The state passed an amendment in 2019 allowing such lounges, and left it largely up to local governments to impose any specific restrictions (proximity to churches, etc.). With such a climate for business, it could be a boom time for cannabis lounges in Illinois. And, Roeder reports, her business is so unique that the labor shortage hasn’t impacted her at all. She tells the paper, “people have been sending me resumes by the buttload.”