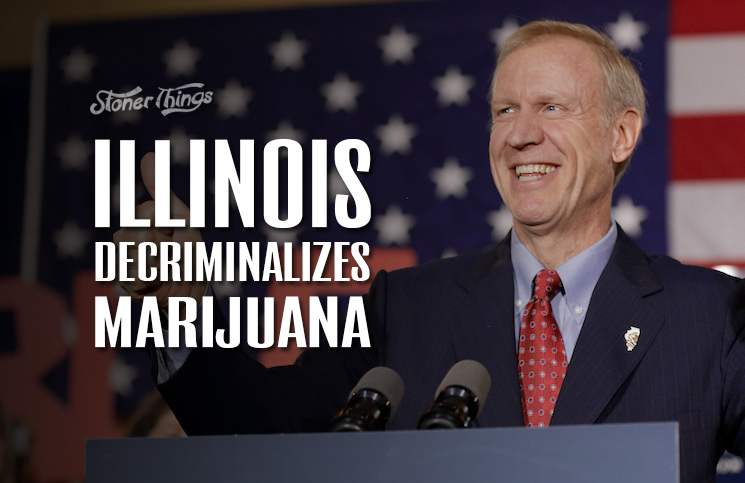 It is no longer a crime to possess or use small amounts of cannabis in Illinois.

Gov. Bruce Rauner signed a bill in late July that makes simple marijuana possession no more than a minor civil offense punishable by a small fine. Jail time is no longer a possibility for these low-level violations.

Rauner, a Republican, added Illinois to a list of 20 other states that have decriminalized the drug for recreational use. Medical marijuana is already legal in the state under a law signed by the previous governor, a Democrat.

Under the new rules, pot users caught possessing up to 10 grams of cannabis (less than half an ounce) will be fined $100 or $200 per offense. Local governments could add their own fines and drug treatment requirements. Twice a year, in January and July, the state will expunge all citations.

Possessing between 10 grams and 30 grams (about an ounce) is still a misdemeanor punishable by up to a year in jail and $2,500 in fines. Possession of larger amounts is a felony and carries a mandatory minimum penalty of a year in prison and up to $25,000 in fines.

Before Raunder signed the decriminalization bill, possession of up to 10 grams was also a misdemeanor, with a maximum punishment of six months in jail and $1,500 in fines.

The new law also changes Illinois’ zero-tolerance approach to high driving. Previously, prosecutors could charge motorists with driving under the influence of marijuana if blood screens detected any amount of THC, even if it was ingested days or weeks earlier and the driver was no longer intoxicated. 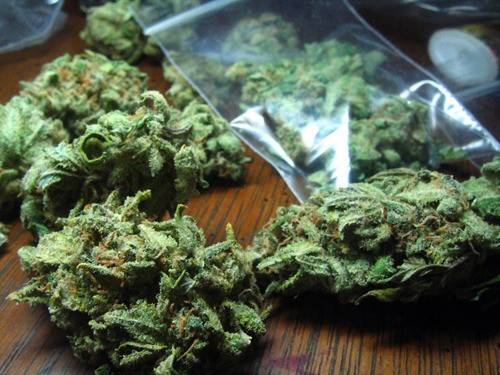 Rauner had used a procedural maneuver to block an earlier decriminalization measure. He used his so-called “amendatory veto” after complaining the penalties imposed by the legislation were too lenient. The bill also would allow possession of too much cannabis, he said.

Other states that have decriminalized the drug allow varying amounts. Some permit no more than a few grams while in others pot smokers may possess more than an ounce per person.

Rauner signed the law four years after Chicago passed its own decriminalization ordinance. Possession in the city is now punished by fines of between $250 and $500; the law allows up to 15 grams of marijuana. The state law will not force the city to reduce fines but will limit the possession level to 10 grams there.

Reformers were quick to praise the law.

“We applaud Gov. Rauner and the legislature for replacing Illinois’s needlessly draconian marijuana possession law with a much more sensible policy,” said Chris Lindsey, senior legislative counsel for the Marijuana Policy Project. “This commonsense legislation will prevent countless citizens from having their lives turned upside down by a marijuana possession arrest.”

What do you think? Will decriminalization lead to full legalization in Illinois? When? Leave a comment below.