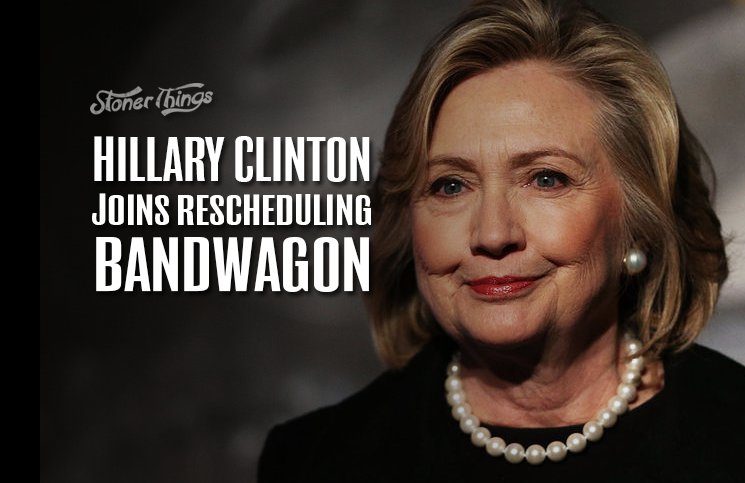 Shortly after Vermont Sen. Bernie Sanders introduced legislation that would remove marijuana from the most restrictive category of the Controlled Substances Act, his chief opponent announced plans to achieve the same goal. 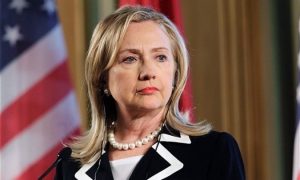 Former Secretary of State Hillary Clinton, still widely considered the front-runner for the Democratic nomination, said in November that she would like to reschedule cannabis under the CSA. That 1970 law, signed by President Richard Nixon, lists legally controlled substances in five categories, each ranked on how addictive it is, how dangerous it is, and how useful it is as medicine.

Weed is listed under schedule 1, drugs considered especially hazardous, especially addictive, and medically useless. Others on this list include heroin, peyote, and synthetic cannabis. The DEA, which enforces the CSA, has never been able to provide a good explanation for why that is, given the abundant lack of any evidence that marijuana is particularly damaging.

Clinton spoke about the issue Nov. 7 during a rally in South Carolina. Her remarks followed comments she made at the first Democrat debate, held in Nevada in October. During the debate, she was asked whether she was ready to renounce her opposition to full legalization and said she wasn’t.

But the conversation has moved by leaps and bounds in the weeks since. Sanders, also asked about legalization, said during the debate that he would support it. He later said he wants to move weed to a lower schedule. And he followed that with legislation that would remove cannabis not just from schedule 1 but from the entire CSA.

Clinton’s comments in November came soon after Sanders announced his bill, a sign she sees a need to compete with him on the issue. But she still hasn’t echoed his call for full legalization, saying the nation needs more time to see how reforms play out in Colorado and other states where pot is legal for any use.

But even with her hesitancy, any move to reschedule would make it easier for states to legalize the drug. It could also hasten the end of all federal prohibitions. Under its current listing in schedule 1, cannabis cannot be legalized at the federal level.

Rescheduling would allow research into marijuana 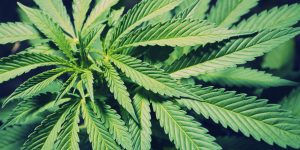 Inclusion on schedule 1 also means weed can’t be used for research purposes. This prohibition has made it almost impossible for scientists to study the drug and its potential benefits.

Clinton proposed moving marijuana from its current place to schedule 2, a list that has “less abuse potential” in the eyes of the government. Cocaine, meth, and PCP are all on this schedule, as are other substances with high potential for abuse but limited medical uses. It’s much easier for scientists to study the benefits of drugs in this category.

“What I do want is for us to support research into medical marijuana, because a lot more states have passed medical marijuana than have legalized marijuana, so we’ve got two different experiences or even experiments going on right now,” Clinton said at a town hall gathering in South Carolina. “And the problem with medical marijuana is there’s a lot of anecdotal evidence about how well it works for certain conditions, but we haven’t done any research. Why? Because it’s considered what’s called a schedule 1 drug, and you can’t even do research in it.”