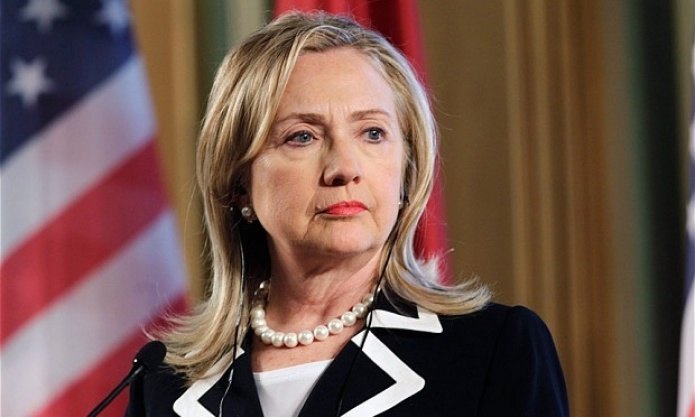 Hillary Clinton, frontrunner for the Democratic presidential nomination, came out in favor of medical weed in June and said she wants to “wait and see” what comes of full legalization in Washington and Colorado.

During an interview with CNN’s Christiane Amanpour, the former first lady, senator, and secretary of state said more research is needed to evaluate the medical effects of marijuana. In the meantime, Clinton said, the sickest patients should have access to the drug.

“At the risk of committing radical candor, I have to say I think we need to be very clear about the benefits of marijuana use for medicinal purposes,” Clinton said. “I don’t think we’ve done enough research yet, although I think for people who are in extreme medical conditions and who have anecdotal evidence that it works, there should be availability under appropriate circumstances. But I do think we need more research because we don’t know how it interacts with other drugs.”

Clinton didn’t offer the same support for recreational cannabis, though she didn’t take a stance against it either. The issue should be left to the states for now, she said.

Voters in Colorado and Washington legalized recreational pot in 2012. The first retail pot shops opened in Colorado in January. Business there has been booming, with millions of tax dollars pouring into state coffers.

“On recreational, states are the laboratories of democracy,” Clinton said. “We have at least two states that are experimenting with that right now. I want to wait and see what the evidence is.”

That includes her home state, New York, where lawmakers have been negotiating with the governor over a bill to legalize medical weed; Gov. Andrew Cuomo announced his own MMJ program in January, sidestepping the legislature.

“Absolutely not,” she said. “I didn’t do it when I was young, I’m not going to start now.”

Clinton isn’t officially running for anything, but she’s widely considered the frontrunner for the Democratic nomination in 2016. She’s also considered a favorite, so far, for the presidency itself.

Clinton has talked about marijuana laws before, and what she said this month was a departure from comments made in the past. Two years ago, she said she was skeptical of legalization, for medical or recreational uses.

“I respect those in the region who believe strongly that [legalization] would end the problem,” she said in 2012. “I am not convinced of that, speaking personally.”

When she ran for president in 2008, Clinton was even more blunt in her stance against medical pot. She said it shouldn’t be legal until more research was conducted.

In her interview with CNN, she didn’t comment about drug policy reform at the federal level, where weed is banned for any purpose. Nor did she say whether she would continue to allow the DEA and other anti-drug agencies to raid marijuana providers in states where the drug is legal.