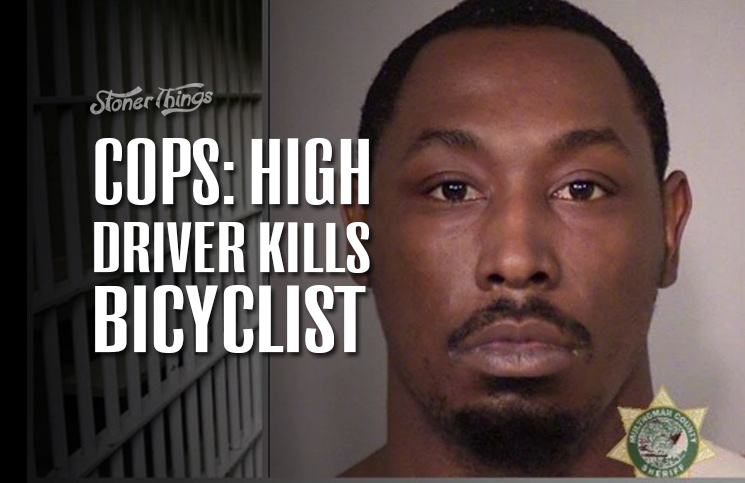 Marijuana is a safe drug, all things considered, but it isn’t perfectly safe. You won’t die by overdose, you won’t die robbing homes for pot money, and you probably won’t die at the hands of police. But there are other ways weed can get you. 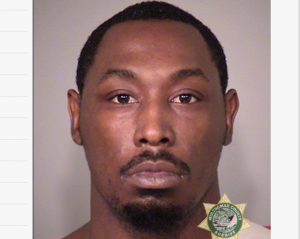 Witness the case of Kenneth Britt Smith, a 26-year-old resident of Portland, Ore. Smith was arrested this month after police say he struck a bicyclist while driving high on cannabis. The victim died shortly after the collision Dec. 12. Police did not immediately release the victim’s name but said he was a 38-year-old Portland resident.

Smith allegedly hit the bicyclist with his 2000 Ford Crown Victoria at about 8:30 p.m. along Portland Highway. The cyclist was wearing a helmet and had taken other safety measures, such as attaching a flashing red light to the back of his bicycle. He was pronounced dead on the scene.

Not only did Smith hit the bicylclist, police say, he immediately drove off. He was arrested just eight minutes later after police officers saw his car three miles from the scene of the crash, Portland Police Sgt. Pete Simpson said in a press release.

Smith was booked into Multnomah County Jail and faces charges of second-degree manslaughter, criminally negligent homicide, reckless driving, and driving under the influence of drugs. Smith faces a minimum penalty of six years and three months in prison if he’s convicted or pleads guilty.

Reports of highway fatalities caused solely by marijuana use are rare. In most cases, at least two drugs are involved, usually including alcohol. The effects of those combinations can hugely amplify the danger of intoxication on the road. Drunk driving is fully 13 times more dangerous than driving sober, and the risk only increases when cocaine, ecstasy, or even marijuana are added.

Driving high is twice as dangerous

By itself, cannabis is responsible for relatively few crashes. It’s twice as dangerous as driving sober, which is admittedly very dangerous yet much safer than driving under the influence of alcohol.

What’s more, accurate statistics on marijuana-related roadway fatalities are hard to come by because officials typically don’t distinguish between cases involving only cannabis and cases involving both cannabis and booze or another drug. Recent studies have shown that states with legal marijuana actually see fewer traffic deaths, a result of motorists switching from alcohol to weed.