Colorado Gov. John Hickenlooper, once an opponent of legalization, praised state workers in August for successfully overseeing the advent of legal pot. 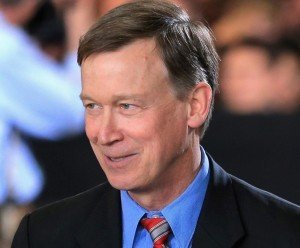 When the state’s voters chose to legalize marijuana in the 2012 election, they set off a chain of events that eventually made Colorado the first state – indeed, the first place anywhere on the planet – to let adults use weed for whatever purposes they please.

Hickenlooper initially opposed legalization, saying he worried kids could get the drug more easily, among other concerns. But during an interview with The Washington Post, he said the system was working just as intended.

“I think [regulators have] done a pretty good job,” Hickenlooper said. “Not perfect, but all things considered, I think they’ve done a very good job. I’m a constant-improvement person, so I always see ways to make things better.”

The state is still struggling with some weed-related problems. The sale of edible marijuana products raised concerns after two deaths, and the state has seen a spike in the number of children admitted to the hospital after mistakenly eating cannabis food.

Earlier this month, the Colorado Department of Revenue released draft rules that would require pot shops to limit the amount of THC in edibles to 10 milligrams per serving, down from 100 milligrams in earlier rules. The same regulations require childproof packaging and more detailed labeling.

Those rules were drawn up by a task force created through a law Hickenlooper signed in May.

Marijuana business has been booming in Colorado since the first legal pot shops opened Jan. 1. But the state isn’t drawing in the amount of tax revenue predicted by some officials.

Analysts estimated the industry would generate $33 million in tax money in the first six months. In reality the state brought in just $12 million. But officials said they had very little information on which to base their predictions. 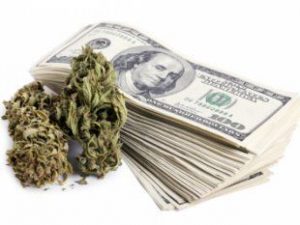 “It was a guess,” the governor said. “No one’s ever done it before. It was a wild guess, and every time we said it, we said, ‘We have no data.’ You’re creating a regulatory environment out of whole cloth.”

The tax revenue will pay for the costs of state enforcement, as well as other issues related to legal weed. At least $40 million will go toward school construction projects.

Hickenlooper has changed his views on the effectiveness of legalization, but he said he still worries it could make it easier for kids to get their hands on marijuana.

“We were very careful to take the revenue that’s there and say we want to hold this money,” he said. “If there are negative consequences as a result of legalizing marijuana, we want to make sure we have the money to deal with it. This is going to be one of the great social experiments of the 21st century, but we have to make sure that these kids aren’t guinea pigs, that we have the resources necessary so that if the kids do fall off the tracks, we have the resources necessary.”