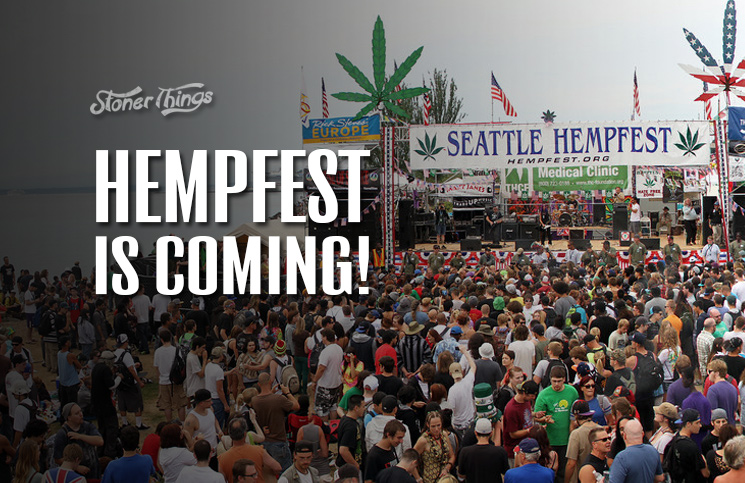 Summer wouldn’t be summer without opportunities to smoke legal weed outdoors with thousands of fellow potheads. And there’s a big one coming up.

Seattle Hempfest will celebrate its 25th anniversary Aug. 19-21, drawing in hordes of stoners, cultivators, and vendors to three parks along the city’s famed waterfront: Centennial Park, Myrtle Edwards Park, and Olympic Sculpture Park. Organizers describe the event as “the undisputed King of Protestivals, and the largest cannabis convocation in the world.”

Launched in 1991, Hempfest is a combination of political protest and pothead commune. It’s one of the biggest marijuana festivals in the world, easily rivaling the annual Cannabis Cup competitions in Colorado and Southern California.

“With a laser focus on political content and a deep commitment to community values, Seattle’s Hempfest event has influenced regional and national public policy while being an economic generator in its community,” organizers say. “Seattle’s Hempfest event paved the way and tilled the soil for Washington State citizens to legalize cannabis before any other state.”

With a volunteer staff of more than 1,000, Hempfest continues to grow each year. This summer there will be hundreds of vendors, six stages, and countless musicians, speakers, and presenters. Expect speeches from travel writer Rick Steves (a prominent reform activist), lifelong advocate Ed Rosenthal, and former federal inmate Jeff Mizanskey, whose life sentence for cannabis trafficking was commuted in 2015. 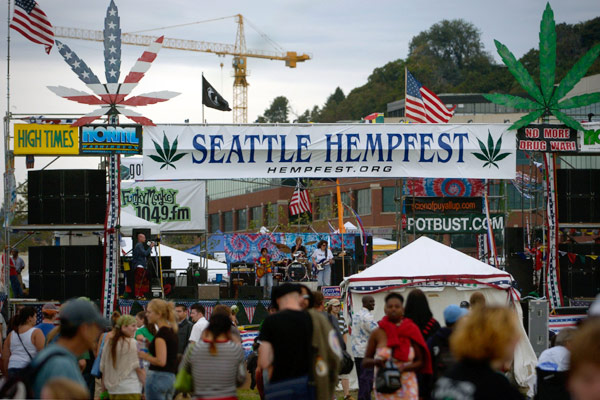 As years have passed and marijuana has become ever more acceptable in the United States, Hempfest and its counterparts across the country have moved away from the harder edges of political activism. Now they’re as much about enjoying pot in the open as they once were about defying the powers that be.

Indeed, those powers now fully sanction weed in Washington State. Voters legalized the drug there in 2012, clearing the way for a Hempfest that is now entirely on the up-and-up. Marijuana is also legal in Colorado, Alaska, Oregon, and the District of Columbia.

Colorado and Washington host the largest pot-related festivals each year, along with California, where medical marijuana is widely available and legal for most adults. Hempfest was one of the earliest gatherings, and it is still one of the most important. 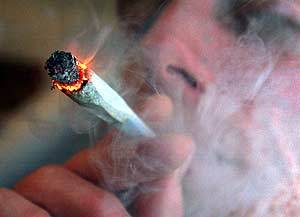 And it still has a strong political element. Life is easier for Washington tokers these days, but marijuana is still banned for recreation in most of the country. Until that changes, the backers of Hempfest and other politically oriented weed expos are unlikely to stop pushing for further reform.

Hempfest organizers and vendors pay relatively little attention to the cannabis plant itself – especially when it comes to industrial hemp. The word “hemp” is in the name, of course, but the party has always been about psychoactive pot.

“Of course Hempfest is about cannabis — industrial hemp, medical marijuana and recreational use by otherwise law-abiding, responsible adults,” according to the Hempfest website. “But since Hempfest is a political rally and demonstration against America’s laws criminalizing and imprisoning people who use cannabis, we see Hempfest as about freedom first, and the cannabis plant second.”

Comment below: Have you ever been to Seattle Hempfest? Do you plan to go this year?