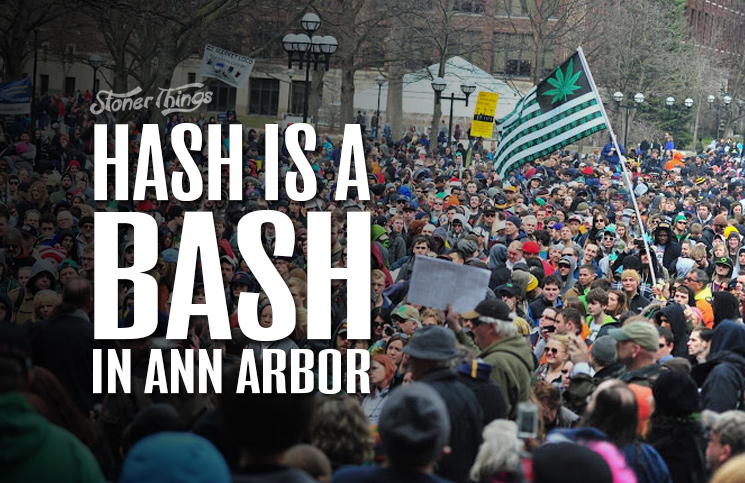 The 45th annual Hash Bash festival in Ann Arbor, Mich., drew a big crowd April 2, and a famous one, too. 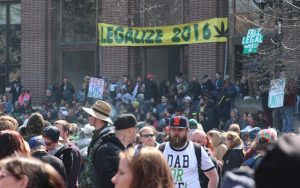 Darren McCarty, former player for the Detroit Red Wings, explained to the crowd how his use of marijuana saved him from the destruction of alcoholism. He had a supportive crowd, many smoking joints in the open at the University of Michigan.

“Through medical marijuana, through this plant, there is life,” the four-time Stanley Cup champion said while holding a massive joint in front of a crowd of thousands gathered at the university’s Hatcher Graduate Library.

McCarty, who left the game in 2009, said he hasn’t touched a drop of booze in six months, largely because he learned about the benefits of cannabis. The drug is known to help many addicts by serving as a safe substitute for more dangerous substances.

McCarthy: We have to get educated

Like the vast majority of the 8,000 people in attendance – most of them young – McCarty supports full legalization of the drug. Medical marijuana is already legal as medicine in Michigan, but efforts to make it legal for other uses have been slow.

As usual, the Hash Bash, one of the biggest cannabis celebrations in the world, sent a plume of pot smoke into the air. Campus police stood by, as they have always done.

McCarty wasn’t the only notable speaker. Tommy Chong, the zonked-out half of Cheech and Chong, talked about how marijuana helped with his prostate and rectal cancer, calling the drug the “magical burning bush” encountered by Moses in Exodus. Without cannabis, he said, it would have been much harder to eat during his cancer therapy.

“I’ll tell you how cannabis really helped me, and it can help everybody — it gave me an appetite for food, which is really an appetite for life,” Chong said. “Because if you want to die, quit eating. You will die. We need food. And the one thing that cannabis does, it gives you the munchies, and thank God for the munchies.”

McCarty quickly backed him up: “Hell yeah for the munchies!”

Chong, 77, was infamously sent to federal prison during the Bush administration because he sold glass bongs online with his son – a “crime” that now happens every day without notice. But he has made a roaring comeback in the years since.

Building support for putting legalization on the statewide ballot 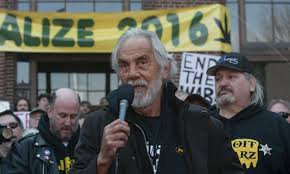 McCarty and Chong joined forces later in the day to raise money for a petition to put legalization on the statewide ballot in November. Organizers of the Comprehensive Cannabis Law Reform Initiative used the Hash Bash as an opportunity to gather voter signatures.

“If we’re going to do it, this is the year,” said Jeff Hank, chairman of the MI Legalize campaign.

Hank started a joyous dialogue with the crowd as reggae music played in the background. He pushed for their support in putting the initiative on the ballot.

The crowd roared in return: “Yeah!”

Like every college campus in America, the U of M is technically smoke free. When Adam Brook, one of the speakers, pointed that out, the crowd broke into laughter.

“This is completely against the rules, people,” Brook said as he sparked a joint on stage. “How many of you got a joint in your pocket?” Thousands of hands went up in unison, and Brook told them to go ahead and light up.

Somehow, university police managed to arrest three people – and no one else – for marijuana possession. They didn’t say how much weed those people were carrying, but it’s unlikely it was just a joint or two, given the massive number of people toking their own.

Tell us: Have you ever been to the Hash Bash? Drop a comment below.