But they probably won’t get it.

Wisconsin, a state dominated by right-wing lawmakers, is not considered likely ground for marijuana reform any time in the near future. Both houses of the state Legislature are in the hands of the GOP, and Republican Gov. Scott Walker is notorious for pushing his hard-right conservative agenda. 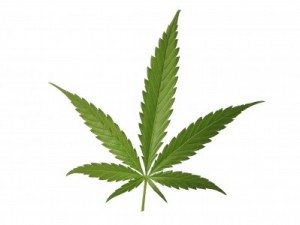 But don’t tell any of this to Wisconsin voters, who, like Americans elsewhere, support legal pot by large numbers. If state leaders were listening to their constituents, legal pot would be on the table already.

A recent poll of Wisconsin registered voters by Marquette University Law School found that about half of them, 49.7 percent, want to see weed legalized for all uses by adults. Fewer, 44.9 percent, oppose that idea, while 4.7 percent said they didn’t know where they stood on the issue.

A Gallup poll conducted in early October found that 58 percent of respondents nationwide support full legalization, suggesting support in Wisconsin may be a bit softer than elsewhere. But the Wisconsin number is based on a sample of registered voters, while the Gallup poll sampled a wider group of American residents. Support among the wider pool of Wisconsin residents, regardless of voting intentions, may be higher.

The Marquette poll, conducted in late October, didn’t ask about medical marijuana, but most polls have found dramatically increased support for MMJ compared to legal recreational pot. As much as 80 percent of the public say they favor medicinal cannabis.

That isn’t likely to help needy patients in Wisconsin, however. Indeed, the Legislature is almost devoid of anything approaching a reformer. A bill pending in the state Senate would legalize medical marijuana, but it has no chance of passing either there or in the state Assembly.

Even its supporters are hesitant to say anything that might smack of legalization. Rep. Chris Taylor, a Democrat and one of the sponsors, said he’s undecided about legal weed.

“I think there are pros and cons to it,” Taylor said.

Sen. Jon Erpenbach, also a Democrat and the bill’s chief sponsor, is an opponent of making recreational pot legal.

If anything, the state’s lawmakers appear to be charging full force in the opposite direction. Earlier this year the Senate passed legislation giving municipalities the power to prosecute petty offenders for possession when district attorneys decide not to press charges. Republican were apparently unhappy that resource-strapped DAs were using their legal discretion to drop small-time marijuana cases.

That bill is now in committee in the state Assembly.