Legalization hasn’t yet won over a majority of voters in the Keystone State, but it’s only a matter of time.

Nationally, most recent polls have shown a clear majority of Americans support full legalization. But some regions lag. A recent poll in Minnesota, for example, showed only about a third of voters want to legalize, despite the state’s liberal reputation.

Though Pennsylvania leans Democratic, it has a strong blue-collar conservative streak and has elected several right-leaning politicians. Legalization is popular among Democrats and independents but especially unpopular among Republicans, who oppose it two to one.

Like other Americans, Pennsylvanians overwhelmingly support medical marijuana: 85 percent of the state’s voters back MMJ. The figure nationally is 86 percent.

About 44 percent of the state’s voters copped to having toked at some point in their lives. This is close to the national average, if not a bit higher.

“Pennsylvanians think overwhelmingly that marijuana is equal to or less dangerous than alcohol and join the American trend toward tolerance for both medical and recreational use,” said Tim Malloy, assistant director of the Quinnipiac University Polling Institute.

That trend is likely to continue in Pennsylvania. The only age group opposed to legalization is voters over the age of 65. They oppose the idea 66 percent to 29 percent. The majority of every other age group backs legal weed. 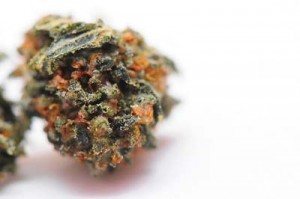 As older voters die in increasing numbers, support for legalizing will only go up, in Pennsylvania as elsewhere. Efforts to adopt MMJ or legal pot may not succeed in the next few years, but they will eventually gain the backing they need.

Two states have legalized all marijuana for adults over the age of 21: Colorado and Washington. Those two and 19 others allow medical marijuana. Fifteen states have removed criminal penalties on simple possession without fully legalizing the industry.