Washington State may allow pot producers to grow outside, in the light of day.

The state Liquor Control Board approved proposed rules early this month that will govern the retail pot industry when it gets on its feet early next year. One of the most significant proposals would let producers locate their grow sites outdoors. The proposal expands possibilities for growers. But it also opens the way for marijuana farming in Eastern Washington, east of the Cascades, alongside fields of hops, grapes and apples. 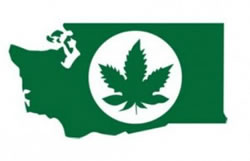 Outdoor grows will require strong security, including fencing and surveillance. Though outdoor growing has sometimes been derided as indoor grows surged in popularity, it has many advantages. With no need for artificial lighting and irrigation, outdoor growing can be more efficient, particularly in a commercial setting. Plants and their yields may be hardier and healthier because nature provides its own effective pest control methods. And outdoor genetics are often on a par with those of indoor pot.

The rules approved by the Liquor Control Board in early July were based on investigation of the industry, from grow to sale. They’re set to take effect Sept. 16, following four public hearings to be held in early August in Spokane, Ellensburg, Olympia and the Seattle area. Once the rules are in place, applications will be accepted for growers, processors and sellers. The new rules make a number of changes to a set of draft rules released in May. Among other things, pot shop hours have been shortened, to 8 a.m. to 12 a.m. Landlords will no longer have to sign affidavits before their tenants can open marijuana stores. The rules also bar ads likely to appeal to children and require stronger child-proof packaging. And they do away with the briefly hyped logo the state planned to affix to pot and pot products.

“…we’re known for Western hemlocks and glaciers and mountains, rather than a particular leaf.”

That may be due to Gov. Jay Inslee, who took credit for helping to kill the logo, a silhouette of the state in green with a white circle enclosing a green marijuana leaf. Inslee said the use of the marijuana leaf didn’t jibe with tradition in Washington, “where we’re known for Western hemlocks and glaciers and mountains, rather than a particular leaf.” Retail sale of recreational weed is expected to begin in Washington early next year. Voters there and in Colorado approved the legalization of marijuana for the first time in American history. Colorado is slightly further along in the bureaucracy than Washington and should begin selling pot on New Year’s Day. Washington’s rules limit customers to possession of one ounce of weed, 16 ounces of edibles or 72 ounces of liquid. Licenses to produce and sell will be distributed based on population and demand, though no limit has been set yet on how many pot shops may operate in any given area.

The rules also don’t address medical marijuana, which has been legal in Washington since 1998. Medical pot providers aren’t licensed, regulated or taxed under the rules, and state officials fear that could take a bite out of the revenue the weed market is expected to generate for the state.