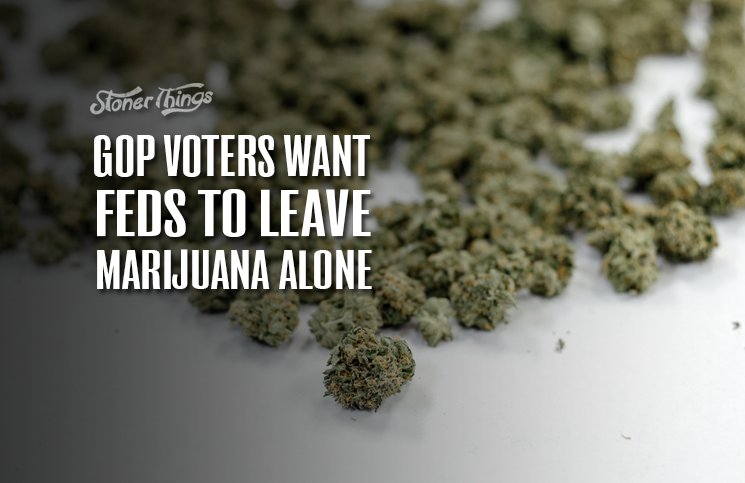 Support for marijuana reform has grown so strong that even Republican voters now say they want the federal government to let states legalize on their own. 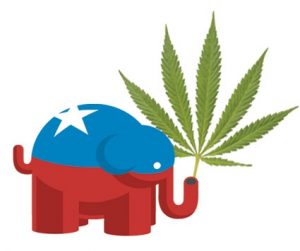 A set of recent surveys by Public Policy Polling found that most GOP voters in Iowa and New Hampshire feel states should be free to experiment with cannabis law. Both states are critical early players in the 2016 primary season.

In Iowa, 64 percent said the feds should allow reform while just 21 percent said they should enforce federal anti-drug laws and arrest users and providers. In New Hampshire, meanwhile, a whole 67 percent of Republican voters said states should be left to their own devices.

Polls taken by the Marijuana Majority

The polls were commissioned by the Marijuana Majority, a large national pro-weed advocacy group. Cannabis reform has become a major issue in the GOP primary campaign. At least two candidates, New Jersey Gov. Chris Christie and Sen. Marco Rubio of Florida, have vowed to stamp out legalization nationwide should they win office.

“We put these polls into the field because we want presidential candidates to understand that the voters in these key states — who they need support from to win — overwhelmingly want the next occupant of the Oval Office to scale back federal marijuana prohibition,” said Tom Angell, chairman of Marijuana Majority.

The tone of the debate has changed in recent years, Angell said, and reform is gaining ground. Still, “a small handful of the contenders are still talking about sending in the DEA to arrest people who are following state law, and we hope these new numbers send a message to those outliers that this type of outdated drug war bullying just isn’t going to score any points in 2016.”

Pot is legal in four states: Colorado, Washington, Oregon, and Alaska, as well as the District of Columbia. Another 10 or 11 states are in line to legalize soon, including New York and California.

What’s more, polls show a consistent majority of American voters, coast to coast, favor full legalization. Even more expect it will happen, whether or not they support it.

But that hasn’t stopped Christie, Rubio, and other virulent anti-pot politicians from promising to punish stoners if elected.

“If you’re getting high in Colorado today, enjoy it,” Christie said. “As of January 2017, I will enforce the federal laws.”

In previous interviews, Christie has vowed to use the Department of Justice to end legalization programs and re-criminalize weed everywhere. He has accused President Barack Obama of “lawlessness” for allowing state-legal legalization.

While Christie has made a point of belittling potheads and making bellicose threats, his chances of reaching the White House hover slightly above zero. His administration in New Jersey has been plagued by major scandals, sagging public approval, and widespread incompetence.

Rubio, meanwhile, said his focus was on ensuring enforcement of the federal laws that ban marijuana for any use. “Marijuana is illegal under federal law,” he told ABC News in May. “That should be enforced.”

Odds for Rubio and Christie are very long 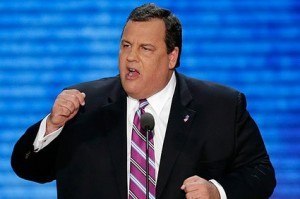 Rubio and Christie have thrown their lot in with the anti-reform crowd, and if the poll results are any indication, the gamble isn’t paying off. Rubio is polling at no better than fifth place in the GOP contest, while Christie lags at 11th place. The odds for either man are very, very, very long.

Most of the other Republican contenders have taken a less strident stance on marijuana. Most say they oppose legalization but support the rights of states to decide for themselves – including former Florida Gov. Jeb Bush, businesswoman Carly Fiorina, Texas Sen. Ted Cruz, former Texas Gov. Rick Perry, Kentucky Sen. Rand Paul, and Wisconsin Gov. Scott Walker.

The race’s current frontrunner, billionaire Donald Trump, hasn’t taken a public position on legalization. He can’t possibly win the nomination, so his opinion wouldn’t carry much weight in the long run, but it’s safe to assume he would take the most popular position.

Democrats have been modestly more supportive of state-level legalization, but no major candidate has staked a firm position yet. Former Secretary of State Hillary Clinton, the party’s frontrunner, has mostly avoided comments about pot law, saying she wants to wait and see what happens in states with legal weed. She has said she supports medical marijuana, however.

The first big voice for reform in 2016 could be Vermont Sen. Bernie Sanders, who has dropped several hints that he may come out in support of full national legalization.