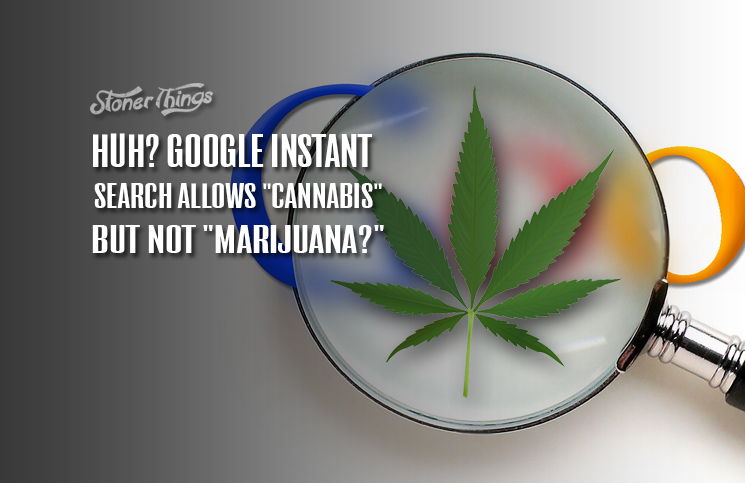 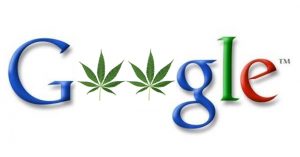 Here’s a particularly bad example. If you search for “marijuana” you get nothing, no instant results, but if you search for “cannabis” you get tons of results, links on everything from the biology of the plant to the High Times Cannabis Cup competition.

“Marijuana” for stoners, “cannabis” for scientists

That last one has us especially confused. The only big difference between “marijuana” and “cannabis” seems to be that real pot smokers use the first while scientists and first-time tokers use the second. Stoners don’t typically walk around talking like biology professors.

But if the goal is to make it harder for potheads to research the fun side of dope, offering “High Times Cannabis Cup” as an instant result doesn’t seem like a winning strategy. The folks at High Times really only use “cannabis” to give their massive traveling bong-fest a touch of scientific credibility.

Actually, the word potheads use most often these days is simply “weed.” It used to be “pot,” before that “grass” (which is making a comeback here and there), and once a very long time ago, it was known as “Mary Jane.”

And that’s another problem. If you search for “weed” you get instant results, but they all take you to links about actual weeds, the kind that kill your tomatoes. Who uses the term “weed” to search for thistles? Gardeners and grandparents, true, but not most people.

Far from a foolproof mechanism

It’s doubtful any of this has stopped anyone over the age of 10 from researching “marijuana” or “cannabis” or “Muggles” or whatever else they used to call the good stuff. But the suggestion that it might is more than a little insulting. We stoners may be high, but we can usually navigate Google just fine (usually).

Times are changing. “Marijuana” used to be a dirty word, but it isn’t any more. The drug is legal in four states and the District of Columbia. It’s a topic of increasing public conversation. There are even plans for a sitcom set in a Colorado pot shop. So it’s not like people are all that squeamish about the word anymore. 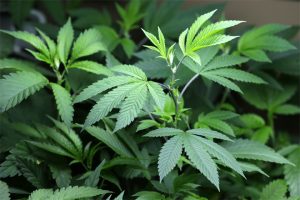 Yet Google apparently views it as taboo. What’s so odd is that anyone with a brain can switch between “marijuana” and “cannabis” while Googling. If you don’t get the results you want for “marijuana,” you use “cannabis” instead. It takes all of 10 seconds to figure that out.

Presumably this strange rule stems from a hard-line anti-drug policy on search results. Google allows you to perform your search, whatever its content, by typing and hitting “Enter,” but they’re not going to help you find “heroin” or “cocaine” or “LSD” any faster than that.

But we’re left scratching our heads over why Google would discriminate in the first place. It’s like they want to take all the fun out of researching weed. Thankfully, the solution on our end is pretty easy: Just talk a little bit more like a nerd.