I am of the humble opinion that this century’s music has not lived up to the bar set before them in the decade of responsible and social aware rock n’ roll. That decade saw a great paradigm shift in music and pop culture; a decade that started with America’s unfunniest home video bringing global attention to abuses of power in a metropolis sitting on a fault line long overdue for an eruption.  An ambitious young doctor out of California branched out and prescribed smoking indo, sipping on Gin and juice, and heavy contemplation on personal finance. 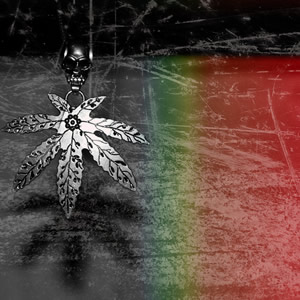 His album defined his generation in two simple words: The Chronic. And the doctor? None other than Dr. Dre.

It’s the 90’s!  Not since the late 60’s has a music scene exploded in such a fashion.  The fire was fueled by the battle cry of Dre: Weed, smoke, fire, sticky-icky, chronic, the kill kill.  It didn’t matter what you called it as long as you had a fat sack full of it.  Being an active listener and a product of the times, I discovered the tools of an active listener: a good set of headphones, a good bowl and a lighter.  My judgment was deemed sound by my peers.  And if my words and endorsements of music were responsible, then I, alone, was responsible for them.

Then, as fast as the scene erupted, the quality changed to quantity, and everybody was trying to sound like Pearl Jam…and I do mean everybody. To what could this epic failure of auditory pleasure be attributed?  Besides the obvious corporate influences of “bottom line” over substance, which didn’t create the problem, by the way.  They just took advantage of it and took most of the knee-jerk blame.  I think the real culprit was the late 90’s shift in narcotic of choice.  Bad drugs make good people make bad choices…and there is no crime greater than bad taste in music.  And speed kills creativity in exchange for efficiency.  In all aspects of pop culture, the smiles from the early 90’s, fell victim to meth mouth and paranoid delusions.

Tarintino movies weren’t as cool as Tarintino-esque movies simply because Tarintino couldn’t make movies fast enough for the demand.  The musical cry, “I’m still alive,” was replaced by Disturbed’s guttural cry, “Get down with the sickness.”  The positive energy of raging against the machine was killed by the rabid cries shouting, “let the bodies hit the floor.”  And just like that, it was over.

And this, for the most part, can be attributed to the fact that the masses of people have been tricked into thinking marijuana is a bad thing.