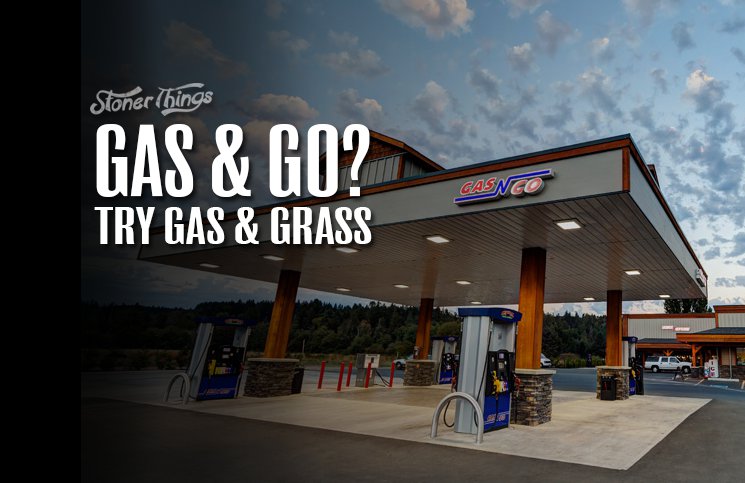 Gas on demand may already be a thing, but some clever entrepreneurs in Colorado have dreamed up a concept far better. They call it Gas and Grass. 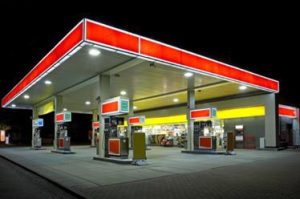 As the name suggests, they want to open a gas station that also sells weed. Well, technically the station and the pot shop would use separate doors, but it would basically be a one-stop shop.

Why gasoline and pot? Hell, why not?

The store will include two elements: a traditional gas station, complete with convenience store amenities, and a retail marijuana dispensary. The pot shop will follow all the state’s rules for legal weed, the people behind the idea said.

“It’s really just kind of pairing the convenience in one specific stop,” said Tia Mattson, spokeswoman for Native Roots Apothecary. “I believe we’ll have lottery tickets, beverages, cigarettes, and similar things that you would pick up in a convenience store.”

Presumably, customers will be able to walk just a few feet from one business to the other. In any event, the idea is to help shoppers kill two birds with one stone. Native Roots, a highly regarded weed retailer, said the shops would also sell cannabis memorabilia, including T-shirts, baseball caps, and other knick-knacks.

That, Mattson said, explains the whole idea: marijuana and more. It’s part of an effort by the company to break boundaries, she said. Native Roots operates 11 pot shops statewide, both retail and medical, and the company aims to provide an experience similar to shopping at a national retailer.

The group’s stores are all essentially the same, with similar layout, similar merchandise, and similar pricing, even in the ski resort towns where marijuana prices can skyrocket. 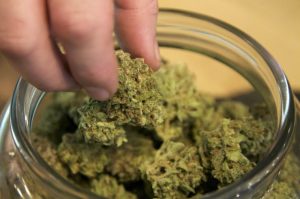 “We definitely are leaders and we’re visionaries,” Mattson said. “It’s just one more thing for us to pair up the shopping and convenience of gas with a stop for somebody who is a patient, to knock off both errands at one time.”

Medical cannabis patients will get loyalty discounts from Native Roots, at its regular stores and at its gas stations – when and if they get off the ground. Mattson said the experience would be like shopping at a grocery store or warehouse store that also sells gas.

It’s not entirely clear that gas and weed purchases have much of anything in common. Gas stations are usually located near freeways or major arteries so people can just pick the nearest station when their tanks are low. Marijuana dispensaries are typically located in limited commercial and industrial areas far from major highways.

Still, the idea could mark a turning point for the retail sale of pot. Booze already sells almost everywhere, so why not weed?