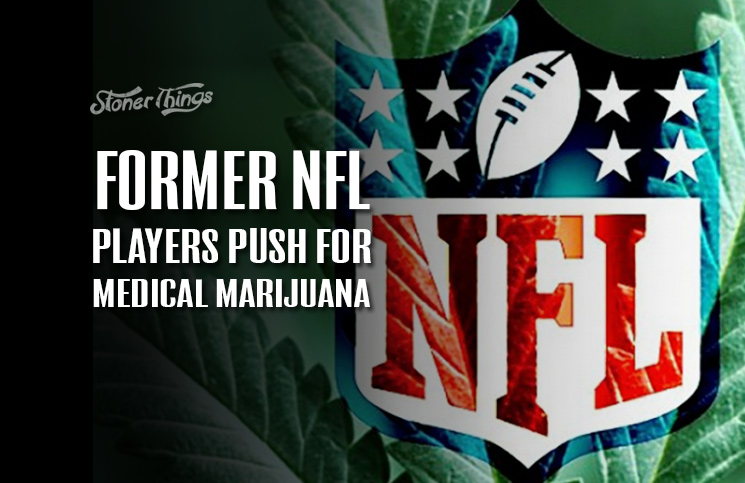 Football took a toll on Leonard Marshall over the years. Marshall, who helped bring the Giants to two Super Bowls in the 1980s and ’90s, was diagnosed in 2013 with the apparent onset of chronic traumatic encephalopathy (CTE), a degenerative brain disease caused by repeated concussions and head injuries.

Now Marshall coaches a team at Paramus Catholic High School in New Jersey, and every afternoon, once his players have hit the showers, he sits on a campus bench and takes his medicine. It comes in the form of a vape pen with a cartridge full of CBD oil, and he uses it to treat the chronic pain that goes along with CTE.

The disease is the legacy of 11 seasons with the NFL. Doctors are increasingly convinced a career’s worth of tackles, head butts, and fumble piles can lead to CTE, and players’ groups have been pushing the league to respond to the problem. As part of that campaign, Marshall and other players who rely on medical marijuana want league officials to lift the ban on medicinal use of the drug.

CBD oil is a form of non-intoxicating cannabis used to treat pain, epilepsy, and several other serious health problems. It is made by extracting the chemical cannabidiol (CBD) from marijuana bud and can be smoked, vaped, or ingested. Marshall takes his first morning dose with a small dropper and then uses the vape pen through the day.

Because CBD doesn’t get users high, Marshall can function throughout the day – drive, teach his players, coach.

“The headaches, the migraine headaches, is what CBD has really affected big time,” he told the New York Daily News in July. “I won’t say the relief was immediate, but I would say from minutes to hours from usage, I could tell the difference.”

Increasing pressure on the NFL

Emerging information about CTE has put heavy pressure on the NFL to protect its players’ safety and health. The league may start to lose profitable players to fears of permanent disability and early death. CTE cannot be diagnosed in a living patient, but it has been found in the brains of numerous retired pro football players after they died.

The disease causes progressive cognitive and physical decline, possibly leading to dementia and other serious mental decay. It poses a threat not only to players but to the NFL, which stands to lose billions of dollars if the CTE backlash reaches crisis levels as players quit.

In the meantime, Marshall and his fellow marijuana advocates want the NFL to remove penalties on medical cannabis use. The league currently bans any use of the drug and imposes harsh penalties, including costly multi-game penalties. Sick retired players like Marshall hope access to MMJ could improve life for those at risk of developing CTE.

Among other benefits, pot could help players avoid the use of dangerous, addictive opioid painkillers. And it could at least provide comfort to players and retired players who are already experiencing the effects of CTE. Several stars with the condition have killed themselves in recent years, including Junior Seau and Dave Duerson.

“What I’m asking for is research,” said Tennessee Titans linebacker Derrick Morgan. “We play a violent game. The injury rate is 100%. The more options we have for our health the better.”

Comment below: When do you think the NFL will finally lift its ban on medical marijuana use by players?