A new law in Florida will give children with severe seizure disorders access to a limited form of medical marijuana believed to relieve their symptoms.

Gov. Rick Scott, a Republican, signed the bill June 16. His support was widely considered a surprise, since he is fiercely opposed to full medical weed.

The new law will make it possible for patients to obtain a special strain of cannabis high in a chemical known as CBD and low in another chemical known as THC. CBD is thought to help patients by quieting seizure activity in the brain, while THC is the chemical that gets users high.

That limitation makes the drug useful to only a small group of potential patients. It also made it easier to push the bill through the legislature and secure Scott’s signature.

It helped that the patients most affected by the law are children with severe epilepsy. Their parents have formed a growing, vocal, and increasingly powerful political movement to win access to pot for their children.

The CBD strain is used to produce an oil extract that is fed to patients. The oil will also be available to people with cancer or ALS, though experts say the strain won’t help those conditions.

Researchers have produced little evidence on the effectiveness of CBD cannabis as a medical treatment, but anecdotes from across the country attest to its ability to dramatically reduce life-threatening seizures.

“As a father and grandfather, you never want to see kids suffer,” Scott said in a press release. “I am proud to stand today with families who deserve the ability to provide their children with the best treatment available.”

Florida is now one of nine states that allow CBD-only marijuana, primarily for the treatment of childhood seizures. Two of those states have not provided a legal means for patients to obtain the drug.

Another 23 states and the District of Columbia have adopted full MMJ, whether by legislation, ballot initiative, or executive order. 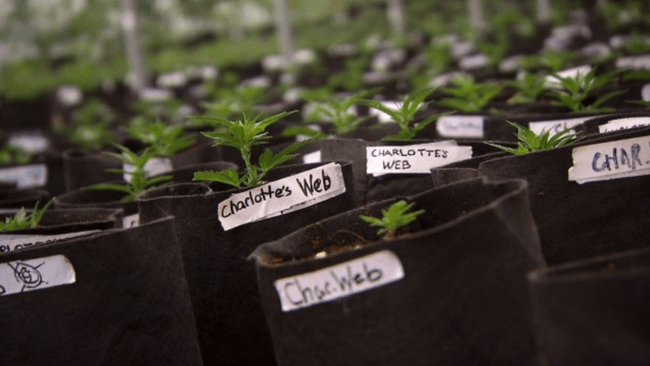 Florida is likely to join them this fall.

That possibility was an important driving force behind the new law. Opponents of “real” medical weed wanted to divert support from an alternative MMJ proposal on the statewide ballot in the fall. Their plan has failed so far.

In November voters will decide whether to amend the state constitution to allow for full medical cannabis, using intoxicating forms of the drug and making them available to a wider group of potential patients.

The initiative has proved deeply divisive in Florida, with state Republican officials uniting to denounce it as a deceptive path to legal weed. Supporters of the proposal point out that the state Supreme Court cleared it of those charges.

In any event, the law signed by Scott this month is likely too little too late to stop full MMJ. Polls routinely show more than 70 percent of voters favor it, while a 60 percent vote is needed for it to become law.