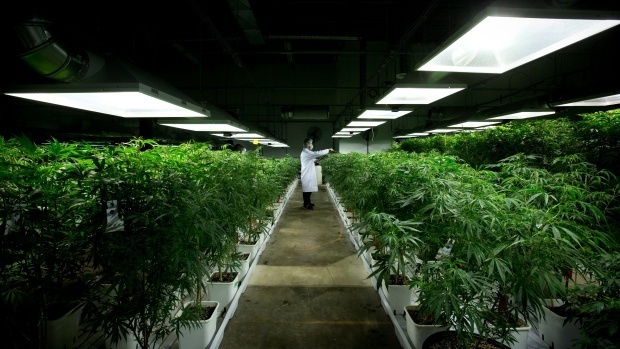 Federal officials say they’re likely to cut off the water supply to many legal marijuana growers in Washington State and Colorado.

The U.S. Bureau of Reclamation, which manages the federal government’s water resources, said it was “evaluating how the Controlled Substance Act applies in the context of reclamation project water being used to facilitate marijuana-related activities,” said Peter Soeth, a bureau spokesman.

Voters in Colorado and Washington legalized recreational marijuana in the 2012 election. Cultivation, processing, and sale of the drug are now legal under state law in both places, though they remain illegal under federal law.

Farmers in large swaths of both states rely on federal water supplies to irrigate their crops, including cannabis. That water is provided via contract with local water districts. Officials with those districts said they’re being told the Bureau of Reclamation will soon stop providing water to marijuana growers.

“Certainly every indication we are hearing is that their policy will be that federal water supplies cannot be used to grow marijuana,” said Brian Werner of the Northern Colorado Water Conservancy District, which handles about one third of the water in northeastern Colorado.

A local district in Washington, the Roza Irrigation District, has sent a “precautionary message” to customers that may grow legal cannabis. The district supplies water to farmers in Yakima and Benton counties.

“Local irrigation districts operating federal irrigation projects have recently been advised that under Federal Reclamation Law, it is likely project water cannot be delivered and utilized for purposes that are illegal under federal law,” the message said. “Presumably growing marijuana would fall into this category.”

The bureau’s review of its policies was begun “at the request of various water districts in the West,” Soeth said. But it was unclear why the issue had only arisen now – Washington and Colorado have both had medical marijuana for more than a dozen years.

said it was hypocritical of the federal government to provide water for other legal businesses while denying it to weed.

“If water is so precious and scarce that it can’t be used for state-legal marijuana cultivation, it shouldn’t be used for brewing and distilling more harmful intoxicating substances like beer and liquor,” Tvert said.

Many farmers have alternative sources of water. Small operations can turn to city services or drill a well. But those options aren’t available to everyone.

The impact on Colorado would be less dramatic than in Washington, since the various state and local rules in Colorado encourage indoor growing. In Denver, outdoor grows must be in a fully enclosed and locked space, similar to a greenhouse.

But in Washington, much of the growing is happening outdoors, where irrigation is critical. There, the Bureau of Reclamation controls the water supply for about two thirds of irrigated land.