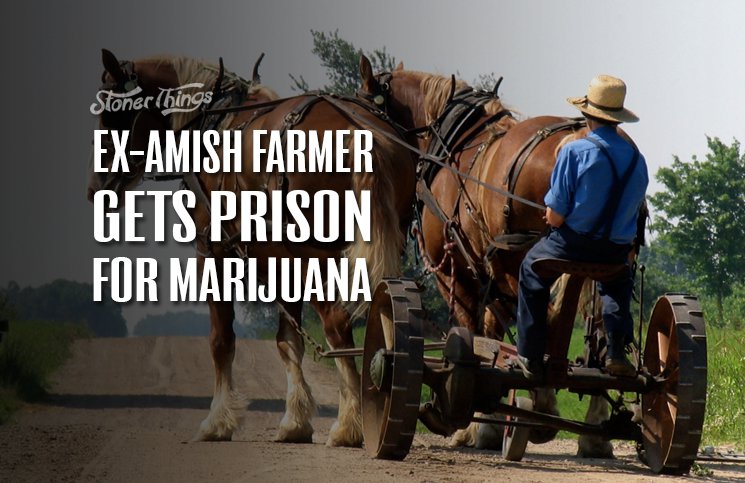 A one-time Amish farmer was sentenced to prison in December for helping his sick brother grow large amounts of marijuana in Western Michigan. 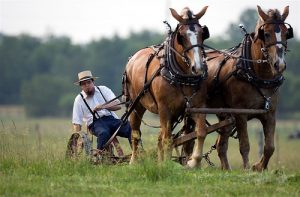 Moses Mast, 40, a father of five, received a sentence of 37 months in prison after he pleaded guilty to conspiracy to grow cannabis. Police found 860 marijuana plants when they raided Mast in 2014, along with 780 pounds of harvested cannabis.

Moses Mast moved to Newaygo County, Mich., from Kentucky in 2005. John Mast was diagnosed with leukemia in 2012. Soon after, he convinced his brother to join him in growing a large marijuana farm. They planned to distribute the drug back in Kentucky along with at least two co-conspirators.

Raided during harvest in October 2014

On at least one occasion, Moses Mast traveled from Kentucky to Michigan, where he stayed in a motel. He planted seeds in June 2014 and proceeded to nurture them over the summer. They were growing between rows of corn on the Mast farmstead in Newaygo County when police swooped in. The raid occurred in October 2014, and it was one of the biggest the area has seen in recent years.

“From his perspective, growing marijuana was an experiment to provide a better life for his children,” defense attorney Brandon Gardner told the court. “Mr. Mast does not use marijuana, so he did not personally have any use for the plants. Both co-defendants had plans for distributing the marijuana in Kentucky and grew the marijuana for that purpose.”

Moses Mast apparently spent much of the grow season in Kentucky but drove to Michigan several times that summer to care for his plants. He started harvest in October and made it about halfway through before a deputy with the Newaygo County Sheriff’s Office discovered his plot.

The deputy was following up on an unrelated matter at the Mast farm when he walked by a pole barn with an open door and spotted marijuana hanging from the rafters to dry. The Central Michigan Enforcement Team then obtained a search warrant for the barn, a nearby trailer, and other structures on the 160-acre corn farm. Cannabis plants were growing hidden between rows of corn, and tarps were set up to protect the drying marijuana from rain.

Gardner noted that Moses Mast had “built a reputation over the years in the community as a well-respected, hard-working, honest man. Although his Amish lifestyle is behind him, he continues to act in accordance with Amish customs.”

It’s not clear why Moses Mast left the Amish, but it isn’t unheard of for members to be ejected from the community because of drug use or criminal behavior. This is far from the first case of an Amish adherent being convicted of a serious drug crime.

The idea to grow marijuana came not from Moses Mast but from his brother. John Mast started growing cannabis plants on the property and planned to sell it in Kentucky, with some of the proceeds going to Moses Mast.

Moses Mast was “significantly influenced by an individual in Kentucky who provided financial backing for the marijuana operation, including the purchase of an electronic bud trimmer costing thousands of dollars,” according to Gardner. The scheme started when the person gave Moses Mast a job and a residence.

“It was only after Mr. Mast was sufficiently indebted that he was asked to begin the marijuana operation,” Gardner said. “He participated in this crime without any expectation of profit for himself. He is not a person motivated by a selfish desire to improve his own circumstances by committing crimes.”