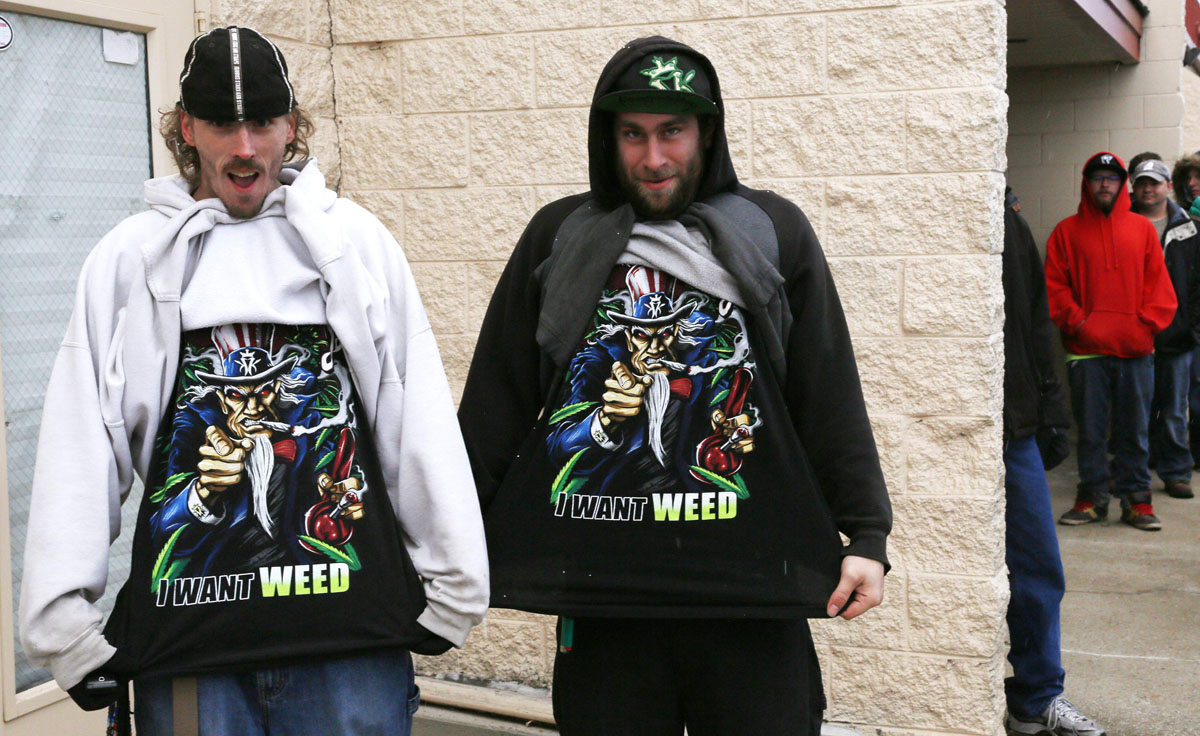 Colorado expects to make a lot of money off legal weed. So do a few of its more enterprising residents.

Trademark applications for products and services related to marijuana are booming. From software and animation to lifestyle products and apparel, entrepreneurs are banking on the promise that pot will sell as more than just a drug – that it will sell as a way of life. 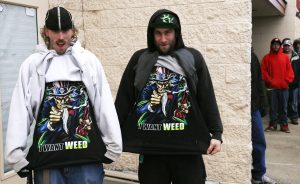 The state expects to see nearly $580 million in cannabis sales, yielding more than $67 million in tax revenue. A 15 percent tax on wholesale transactions will go toward school construction projects while a 10 percent tax on retail sales will pay for industry regulation.

The most obvious benefactors of the new era in Colorado are retail store owners, cultivators, processors, packagers and users. Everyone in the state will benefit from fuller tax coffers.

But now a growing number of Coloradans are looking to make money off a lower-profile side of the business. Whether it’s consulting work or shirt printing, they’re turning to a side of the industry that carries less risk than the actual provision of weed.

Take “Colorado Weed Wear,” a trademark sought by a Trinidad, Col., resident. The mark’s image, intended for a clothing line, shows a marijuana leaf between mountains. The application was filed last month.

Then there’s “MyBudTender,” a cannabis app designed by a company in Denver. Or “Buddies,” a trademark filed Nov. 19 that features a marijuana leaf with a smiley face. Buddies was registered for use in an animated cartoon.

One Denver resident registered the trademark “Giving Tree of Denver” in 2012 to be used with retail clothing and lifestyle herbs, including weed. “MJ Freeway,” registered in May, was filed under computer services for inventory control and medical marijuana management.

And, seeking to capitalize on the youth vote in potentially offensive fashion, one Denver resident applied in May to trademark “Pot is the new gay” and “Weed is the new gay.” Both phrases are intended for use with consulting work related to legalization.

Colorado was one of two states that legalized recreational marijuana in 2012, the other being Washington. National opinions have changed dramatically in recent years, with a clear majority of Americans now saying they want to legalize.

The market for cannabis itself is huge, but little is known about ancillary industries and the potential for profit there. There is potentially a lot of money to be made off the stoner lifestyle, marijuana consulting and other novel lines of business.