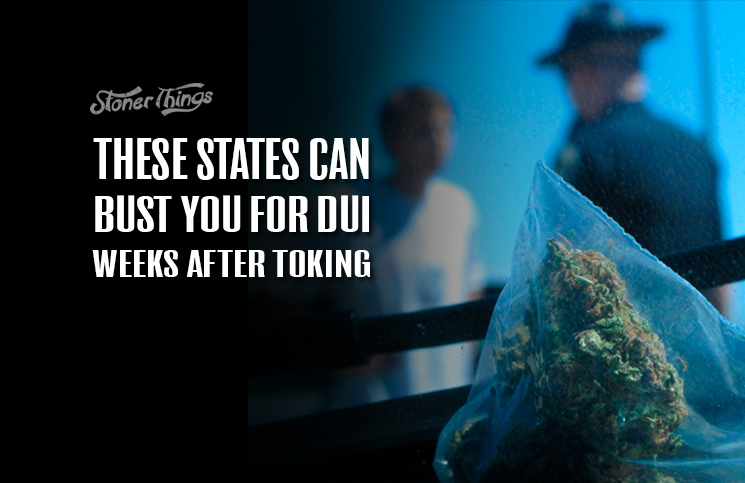 Stoned driving is no laughing matter. While it’s almost always safer than driving drunk (unless other chemicals are involved), it’s still pretty dangerous. 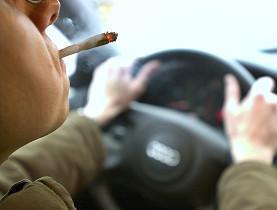 But that doesn’t mean it makes sense to treat high motorists the same as drunk drivers. The consequences of driving while baked are less serious, on the whole; and just as important, the two substances work in different ways. As a result, it’s much easier to use alcohol content to determine impairment.

That’s why police administer Breathalyzer tests during DUI stops: If the results come in at or above 0.08 percent blood alcohol content, the driver will almost certainly be charged with drunk driving. The same is not true of marijuana.

Cannabis lingers long after use

Cannabis does leave traces in the bloodstream, traces that can be detected after use. They come in the form of THC metabolites, which bind to fat cells and linger in the body, and they are what police look for when they conduct blood tests on suspected high drivers.

The problem is that alcohol leaves the body rapidly. A drunk wears off in a matter of hours and leaves no lasting evidence behind. Weed, on the other hand, leaves THC metabolites that can stay in the blood for hours, days, or even weeks.

After a short period of time – a few hours at the most – any THC that recently entered the bloodstream will become inactive, meaning it cannot cause intoxication or impairment. In other words, the high will vanish quickly but the metabolites will remain, possibly for a long time.

This is a problem when motorists are stopped on suspicion of toking and driving. Some states approach the problem wisely, judging impairment from erratic driving and other observable behaviors. Others, though, use a so-called “per se” method of determining intoxication.

Under this approach, police measure THC metabolites in the blood, and prosecutors typically file charges if the results meet or exceed the state’s high driving limits. Some states set a limit based only on active metabolites, but others can arrest stoners caught driving with any THC, active or inactive.

This means motorists who smoked hours, days, or weeks earlier can be arrested, jailed, and fined for getting behind the wheel while sober. As many pro-marijuana activists have pointed out, this is a potential violation of constitutionally protected due process. 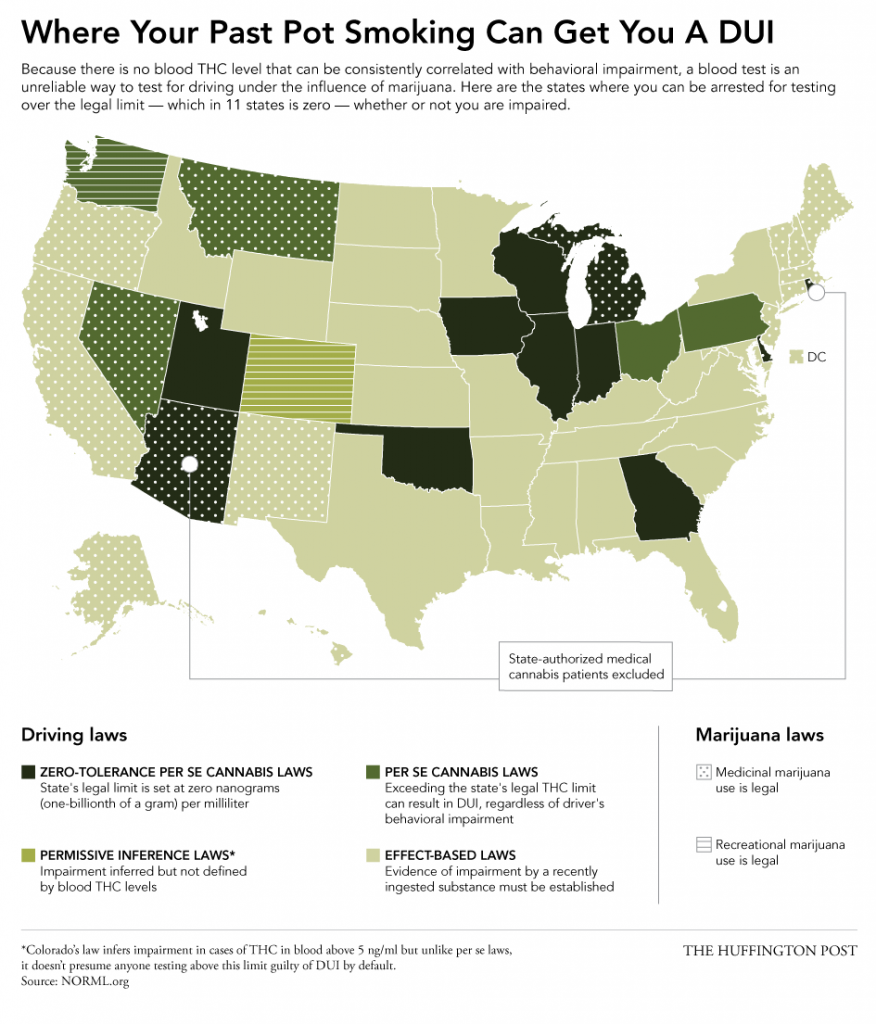 Not surprisingly, drivers who use weed are safest in states where cannabis is legal for any use. Colorado sets a THC limit of 5 nanograms per milliliter of blood, which is fairly lenient. On the other end of the spectrum, Arizona and other zero-tolerance states regularly incarcerate drivers caught with any traces of marijuana in their systems.

The takeaway is that smoking before driving – let alone smoking while driving – is a bad idea, especially if you live in a place where the law draws such a hard line.