Like any smoker, you’ve probably had times when you had no choice but to light up in less-than-optimal conditions. It may be in situations when you need your medication, or it may be when you simply crave the buzz of a potent high, but these are the times when a lack of discreetness could be an issue.

What do you do in such a situation? Here are some ideas for discreet ways to smoke weed… without the potential consequences.

These have got to be one of the most convenient ways to smoke weed on-the-move. Although you may have a very impressive looking ice bong or hookah at home, they aren’t much use when you’re in a public setting. For such a scenario, a handy one-hitter can be a tremendous lifesaver. Make sure you have one in your pocket with you ready to go at all times, and you can simply sneak a toke here and there without anyone being the wiser.

Pack Weed into a Cigarette 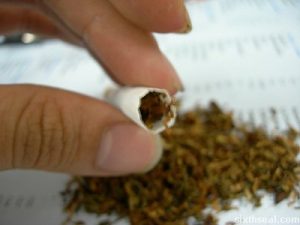 This one is old but gold. Unfortunately, it only works if a) you are a tobacco smoker, and b) there aren’t many people around, as it will produce as much smell as the typical joint. For this method, you will have to do a bit of preparation work at home. First, carefully take a bit of the tobacco out from your cigarette, leaving the paper intact. Then stuff a few hits worth of weed into the space, and then top it up with some of the tobacco you just scraped out. You can then light up in public just as if you were smoking an ordinary cigarette. 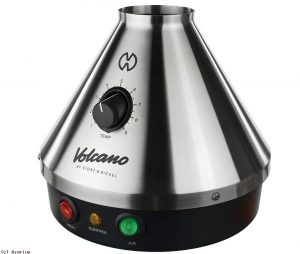 Okay, this one isn’t exactly smoking, but it’s so convenient for mobile use that we have to add it to the list. Using a portable vaporizer is an ideal way to smoke weed on-the-go, and it will not smell nearly as much as a joint or a pipe. There are many pen-type models available on the market, with some even providing push-button operation that only vaporizes the weed when you press. Aside from reducing the smell, this will also help you consume weed more efficiently. 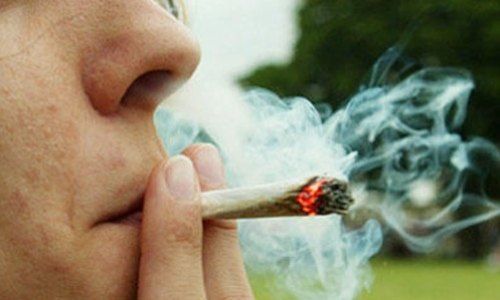 Have you ever had to get rid of some gas but had nowhere to do it discreetly? You may have had to resort to crop-dusting at some point, so now you can apply the same basic principle when smoking in public. Using any one of the above methods, you can greatly reduce your chances of being detected by walking through a crowd while carefully taking hits here and there. Keep in mind that this is quite a risky method, so don’t do it unless you are absolutely sure that you can deal with the possible consequences.