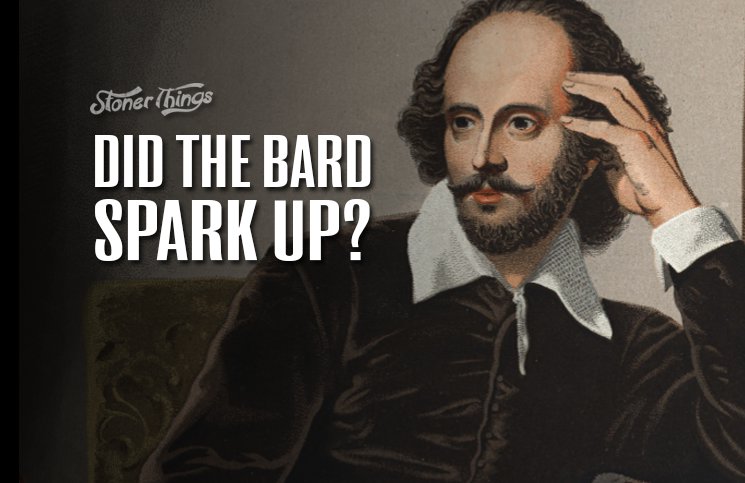 New evidence suggests the greatest writer in the English language smoked weed. The drug may even have inspired some of his best works.

Years ago scientists found broken smoking pipes in a garden attached to William Shakespeare’s old home in Stratford Upon Avon, England. The pipes were dated to the Shakespearean era, and researchers quickly discovered marijuana and cocaine residue on two of them.

Now the number with cannabis leavings has grown to four. There is no conclusive evidence the pipes belonged to Shakespeare himself, but it’s hard to draw any other conclusion. Some observers doubt the new findings, saying the pipes could have belonged to almost anyone. But that’s not quite true.

Marijuana and coca leaves would have been extremely hard to come by in Shakespeare’s time, though they were known to Western Europeans. Weed wasn’t widely available in Europe until the early 19th century. And the coca plant was introduced to the Old World only after the conquest of South America in the 1500s.

In other words, only a man with serious international connections could get his hands on these drugs. Shakespeare definitely qualified, as he had numerous friends outside the British Isles and often set his plays abroad.

This new examination of the pipes concludes that all of them hold evidence of cannabis smoking. But neither of the additional pipes holds cocaine residue.

The coca plant is found only in South and Central America, where it grows naturally in tropical mountain settings. The drug cocaine was first extracted from the plant centuries after Shakespeare’s death, but users in his time could have chewed or smoked the leaves whole.

That would be less intoxicating than cocaine hydrochloride or base, the two most commonly used derivatives of coca. Shakespeare probably got more of a buzz off the weed. In any case, the new evidence suggests he preferred cannabis to coke.

“Shakespeare may have been aware of the deleterious effects of cocaine as a strange compound,” Thackeray writes. “Possibly, he preferred cannabis as a weed with mind-stimulating properties.”

That choice wouldn’t be unusual even today. Many drug users say they get more mileage out of pot than any other substance, legal or otherwise. And marijuana is more closely linked to creativity – a benefit that may have appealed to the Bard.

Shakespeare may even have squeezed cannabis into his writing. Thackeray points to Sonnet 76: “Why with the time do I not glance aside / To new-found methods, and to compounds strange? / Why write I still all one, ever the same, / And keep invention in a noted weed . . .” 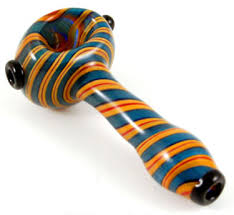 Thackeray says the poem could be a reference to the drug we still call “weed.”

“This can be interpreted to mean that Shakespeare was willing to use ‘weed’ (cannabis as a kind of tobacco) for creative writing (‘invention’),” Thackeray writes.

There is little evidence that “weed” was used to mean marijuana until the late 1920s, when an academic journal declared it a “new word.” That said, it’s entirely possible that the few people who knew of cannabis in Shakespeare’s time also called it a “weed,” if only because, biologically speaking, that’s essentially what it is.