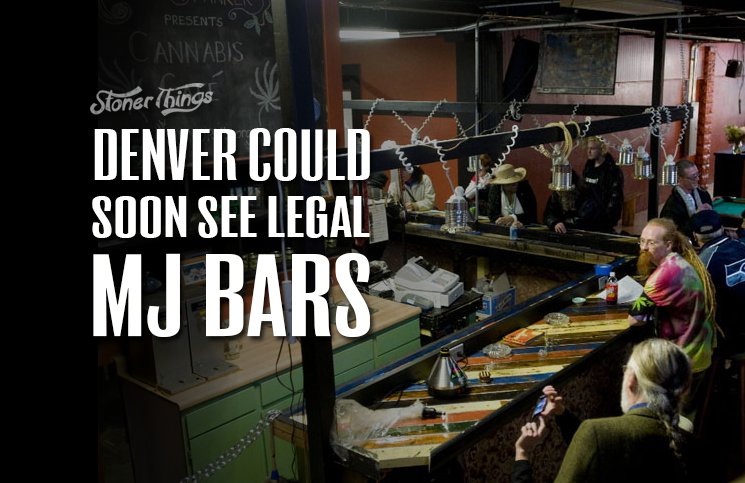 Weed is legal in Colorado, as nearly everyone knows, and that’s undoubtedly a great thing. But there’s a problem: Tokers, whether Coloradans or visitors, can never seem to find a place to light up. Now activists are trying to change that, if only one step at a time. 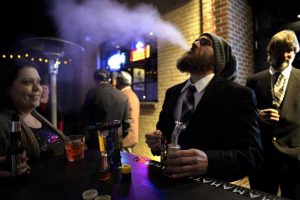 The state’s voters legalized cannabis in 2012, as did voters in Washington State. Oregon, Alaska, and the District of Columbia legalized in 2014. In all of these places, it is strictly illegal to consume marijuana in any public place – and that means almost anywhere outside the home.

It’s not a crime, at least not in Colorado, but civil fines can add up. And the mere illegality of public consumption makes it taboo. You can smoke on your front porch, but you can’t smoke on the sidewalk or the street or even public tobacco-smoking areas. You can’t toke at any mainstream hotel in the state. You can’t even use pot in bars, nightclubs, or other adult gathering places.

Pushing for “limited social cannabis use”

But reform advocates are currently pushing to legalize “limited social cannabis use,” meaning weed consumption at certain businesses with an adults-only clientele: bars and clubs, mostly. The activists say the state went a bit too far when it banned all marijuana use outside the home.

All that rule has accomplished, they say, is to force potheads to toke secretively, often in their cars or remote hotel parking lots. Even if police don’t show up, business owners who forbid pot smoking can and will evict guests if they catch them in the act.

“We need to ensure that adults have somewhere they can go,” said Mason Tvert, spokesman for the Marijuana Policy Project, a national pro-reform group. “We have establishments where adults can go to drink beer, which reduces the likelihood that they’ll use it in public. That’s what we’re talking about here.”

Local communities in Colorado are allowed to decide whether they want cannabis operations in town, but public toking is banned everywhere in the state. Cities, towns, and counties have some leeway to allow private clubs, though none have done so.

How will it roll out? 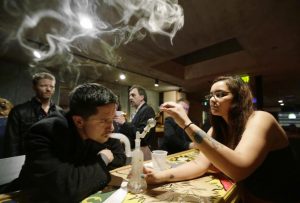 There are different forms the night spots could take. Some industry insiders want members-only marijuana clubs, where members bring their own weed and smoke it on site. Others would like to see cannabis coffee shops like those in Amsterdam, where visitors can buy their grass on site. And still others would prefer that bars and clubs with liquor licenses have the right to allow pot smoking on their property.

“This is the next step,” said Jane West, an organizer of public events involving marijuana, including a controversial concert series by Denver’s symphony orchestra last year. “We need to bring it out of the basement.”

Proponents are pushing their case with a voter initiative that could appear on the ballot in November. If it passes, establishments that serve only customers over 21 could legally tolerate marijuana use. Activists are also working to pass local ordinances allowing limited public consumption. If city officials go along, the proponents could avoid the need for a costly ballot drive. In any event, supporters say they think they have a good shot on both fronts.