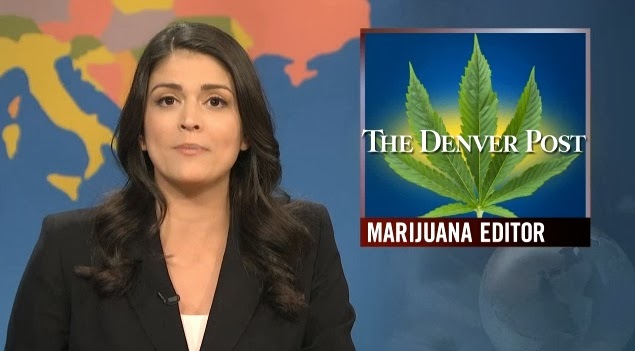 Sorry, stoners, the position is closed. The Denver Post has hired its pot editor, just about the best job in town – and one of the few that allows toking on the job.

The Post appointed Ricardo Baca, entertainment editor and music critic, to oversee coverage of recreational weed and the law that made it legal. The job may be the first of its kind at a major American newspaper.

Colorado legalized pot in the 2012 election, as did Washington State. Earlier this year, Colorado became the first political entity in the world to enact regulations governing the production and sale of marijuana. Washington followed suit.

More than 100 retail pot shops are expected to open in Colorado Jan. 1, with more following throughout the year. The Post is the largest newspaper in the state, and recreational marijuana already makes up a substantial part of its local coverage.

Baca has worked at the paper for 12 years. He told Politico marijuana coverage will be the Post’s “biggest initiative for the coming year,” and “no other media outlet in the state has the strength in numbers and reach of The Post.”

The appointment was announced Nov. 26 in a memo by the paper’s news director, Kevin Dale.

“As we’ve said, the legalization of marijuana in Colorado is our biggest story in the coming year. Ricardo is the perfect person to lead this charge – and he will need all of our resources,” Dale wrote.

So can Baca toke on the job? Under some circumstances, yes, according to human resources. The Post’s senior vice president for human resources explained in the paper that while pot is banned from the office, it can be consumed in the course of an assignment as long as steps are taken to ensure the smoker doesn’t drive. 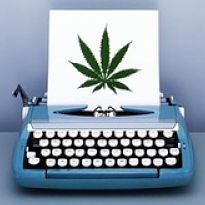 That doesn’t mean chronic tokers can expect Baca to relate. In a Q&A with the Post, he said he’s smoked pot, but has “never been a full-on stoner.”

For cannabis users upset that this plum job has been filled, there’s good news: Baca plans to hire a team of journalists to cover the marijuana scene. That will include a freelance pot critic, a pot advice columnist, and a video game writer.“I’ve covered concerts for a living over the last 15 years,” he said. “That means hanging out with musicians, working with people in the industry, attending music festivals in Austin and the Coachella valley and New York and L.A. So yes.”