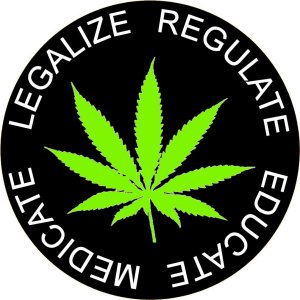 Legal pot in Colorado is only available to adults over the age of 21. Until December, everyone else was subject to the whim of criminal law and underage consumption charges.

But that has changed in Denver, where the city council voted to decriminalize pot possession for residents between 18 and 21. City Council Member Albus Brooks introduced the proposal, saying there was an inequity in how people are punished for violating the law.

People over the age of 21 who violate the state’s marijuana law, typically by smoking in public or displaying weed in prohibited areas, are punished with small fines. Minors under the age of 18 who are caught with an ounce or less of cannabis are sent to a juvenile assessment center.

But those between 18 and 21 faced much harsher penalties. A 20-year-old caught with less than an ounce of pot, for example, faced up to a year in jail and up to $999 in fines.

Assistant City Attorney David Broadwell had suggested the discrepancy should be addressed by the state Legislature, probably next year because those kinds of penalties were rarely imposed in Denver.

“The issue of marijuana possession for people under 21 is a major issue on the state level,” Broadwell said. “There is going to be an elaborate law dealing with sentencing and treatment.”

Still, Brooks said he wanted to get a new policy in place before pot shops start opening Jan. 1.

The ordinance he proposed will use the same progressive fines that are imposed on scofflaws over the age of 21. That means a fine of $150 on a first offense, then a fine of $500, and then a fine of $999.

Brooks’ proposal was approved in committee earlier in December.

Colorado voters opted to legalize all marijuana for adults over 21 in the 2012 election. Voters in Washington State did the same.

The first stores in Colorado are expected to open New Year’s Day, with shops in Washington scheduled to start opening in the spring. Large crowds are expected across Colorado opening day, and it’s not clear the few businesses that will be open will be equipped to handle the crush of customers.