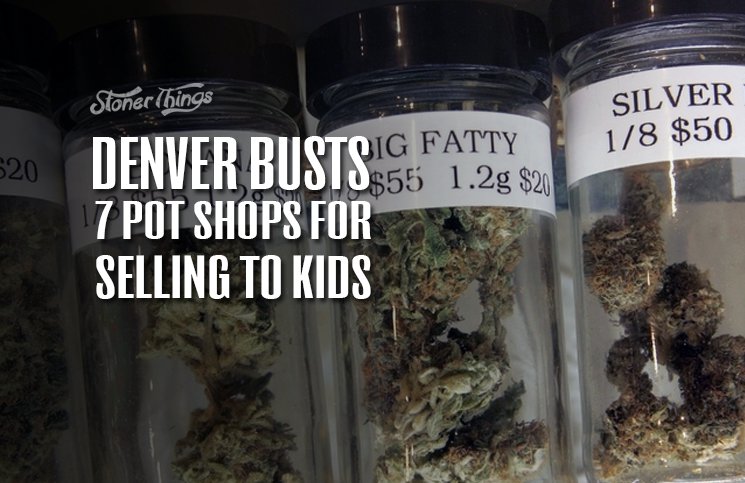 The legal age of consumption is 21 in Colorado, as it is for alcohol. Selling marijuana to underage buyers is a crime. Cops said they ran undercover stings on 30 stores, meaning almost one in four pot shops could be selling cannabis to kids.

Of course, it’s also possible police targeted shops with generally poor legal compliance, stores that would be more likely to sell to minors. More reputable marijuana stores are probably less likely to make the same mistake or try to cut an extra profit by selling illegally.

And seen from another point of view, the news means at least three quarters of shops are apparently not letting children buy their weed. It’s unclear how that compares to compliance in the liquor industry, but it’s likely many liquor stores also sell to underage buyers.

Initial stings did not reveal a single violation

Ever since, authorities have been launching sting operations against pot shops. They rarely pan out, however, a sign the industry is mostly complying with state marijuana laws. Last year’s first round of stings didn’t turn up a single violation.

It’s not clear why the numbers jumped so suddenly, though it’s possible the Colorado Marijuana Enforcement Division is simply putting more resources into the operations. Still, officials said they weren’t happy with the scofflaw cases.

“We are disappointed,” said Lewis Koski of the Marijuana Enforcement Division. “Up until now these compliance checks have been a bright spot for the industry.”

Marijuana is legal for both medical and recreational use across Colorado. Residents may purchase and possess up to an ounce of pot while out-of-staters are limited to buying a quarter ounce at a time. Coloradans may also grow up to six pot plants at home.

Teen drug use has remained steady

Only adults are allowed to buy, sell, grow, or use cannabis in states where the drug is legal. Authorities in these places have generally taken stringent steps to keep weed out of the hands of teens. Whether or not because of those campaigns, the rate of marijuana use by adolescents has barely budged since the advent of legalization.

Even so, officials call the recent busts a bad sign for some in the industry. The stings cut its overall legal compliance rate to 91 percent statewide, down from 100 percent. The seven shops include: The Herbal Cure, The Healing House, Pure Medical Dispensary, LaContes Clone Bar, Herbs 4 You, Mile High Green Cross, and Higher Expectations, all in Denver. Pure is consistently rated one of the best shops in the city.

Seven adults received tickets charging them with a class 1 misdemeanor for selling to minors. The shops could also potentially lose their licenses. Police said they would hand the cases to the Denver city attorney’s office for further investigation. State investigators are also looking into the allegations.