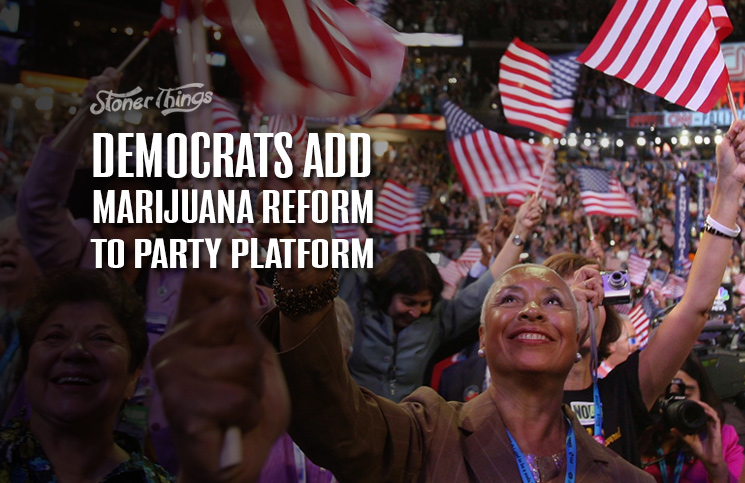 The Democratic Party will formally support marijuana reform in the 2016 election.

The Democratic National Committee voted in June to add cannabis policy reform to the party’s electoral platform. That makes it the only of the two major parties to support anything approaching legalization.

The Democratic plank doesn’t go quite that far, however. Rather than pushing to legalize the drug for recreational use, the plank calls for an end to racial disparities in arrest rates, encourages research, and supports states that choose to legalize for personal or medical use. The party platform reads as follows:

“We believe that the states should be laboratories of democracy on the issue of marijuana, and those states that want to decriminalize marijuana should be able to do so. We support policies that will allow more research to be done on marijuana, as well as reforming our laws to allow legal marijuana businesses to exist without uncertainty. And we recognize our current marijuana laws have had an unacceptable disparate impact, with arrest rates for marijuana possession among African-Americans far outstripping arrest rates among whites despite similar usage rates.”

It’s not clear how much weight the party will put behind that position, but support for legalization is high nationwide, and a pot-friendly campaign could win over critical young voters. Former Secretary of State Hillary Clinton will need those voters, many of who cast their ballots for Vermont Sen. Bernie Sanders in the Democratic primaries, to win in November.

Recent polls show more than half of American voters favor full legalization of marijuana. Four states allow the drug for any adult use, while more than 20 others have legalized medical cannabis. But the drug remains illegal for any use under federal law. 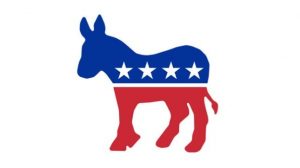 Sanders supported legalizing marijuana during his presidential campaign, which effectively ended after the California primary June 7. He introduced legislation in the Senate to reschedule pot under the Controlled Substances Act and openly supported legalization in California. He offered an alternative reform plank, which the DNC rejected.

“We will refocus our drug policy by removing marijuana from the Controlled Substances Act and allowing states to set their own policies,” Sanders’ proposal read.

Clinton has promised she would push for medical cannabis as president but stopped short of supporting recreational legalization. Her opponent in the general election, Republican Donald Trump, has repeatedly taken contradictory positions on the issue over the past 20 years.

One “mainstream” presidential candidate does support full legalization: Libertarian Gary Johnson, former governor of New Mexico. Johnson currently draws about 10 percent in national polls, making it unlikely he’ll do significantly better than the 1 percent he won on the Libertarian ticket in 2012.

That makes the Democrats the only party with a realistic chance of pushing through serious cannabis policy reform after November. The platform language won’t be official until delegates approve it at the Democratic National Convention in August, but it’s unlikely they’ll do anything else. The party needs pothead voters, too.

Tell us: Who will you vote for? Does marijuana policy have anything to do with your decision. Leave a comment below.