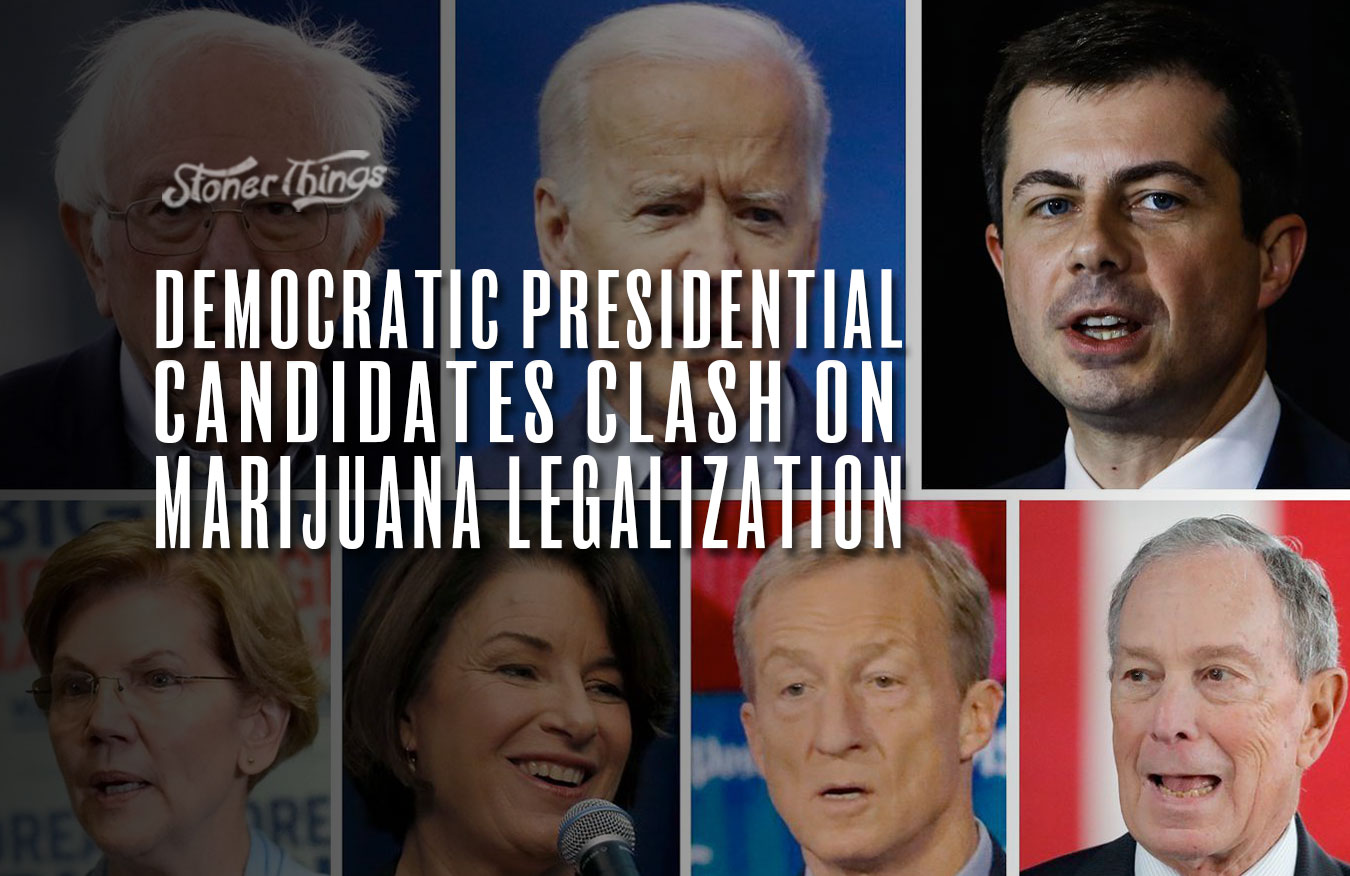 It’s politics season in 2020 with a raft of Democratic candidates taking the stage over and over and pleading their case to be the next president. Some of the candidates have starkly differing views on marijuana legalization, however. At the February 25th debate, there was a lot of shouting and jabs, and candidates especially sparred over the issue of legalizing. So what did the candidates say?

Senator Bernie Sanders is perhaps the most vocal about legalization, as in 2016 he became the first Democrat to announce he’d remove the plant from the Schedule I classification it currently endures, which makes it technically illegal at the federal level. He did so, appropriately, on the Joe Rogan podcast. Afterward, almost every other candidate has proposed some level of legalization but nothing on par with Sanders’ push in this 2020 campaign. He now says he’d use an executive action to remove cannabis from its classification, but also expunge previous convictions. While legal scholars debate whether that’s feasible, a moderator at the recent debate asked the question directly to Senator Amy Klobuchar.

Where does Klobuchar, from Minnesota, stand? The state’s leaders met earlier this month to discuss recreational weed, but there’s no clear indication if it’ll happen. Meanwhile, Klobuchar also wants to see it legalized but noted that it wouldn’t be prudent to expunge all records immediately, and that a thorough review of those convictions would be necessary.

Michael Bloomberg is the most conservative of the candidates on his proposals for pot, basically indicating he wishes to decriminalize small amounts for personal use. However, he remains unswayed on full legalization, bringing up the old bugaboo that there’s not enough research to forge ahead with something like Sanders’ proposal. He does, however, note that states which have fully legalized wouldn’t have to turn back the clock on their efforts. Unfortunately, his record on marijuana is quite old school. While mayor, he led the city in some of the most pervasive pot busts the city has ever seen, and seemed to have a real issue with pot in general — despite claiming to have smoked it years ago. Bloomberg is also notorious for stop and frisk policies that contributed greatly to the pot bust fever during his mayoral stint.

Joe Biden tracks pretty closely to Bloomberg, tending to fall on the side of modest decriminalization efforts and some expunging of records. However, Biden’s record includes setting up drug courts, and helping pass laws that are now considered draconian in their effect, landing thousands of people of color in jail for minor offenses.

Tom Steyer tussled with Biden over those laws, after Biden pointed out that he invested in private prisons that stood to benefit from a never-ending line of new prisoners at the hands of the drug war. Pete Buttigieg has focused largely on the racism inherent in the Drug War’s victims, and says he favors legalization. Unlike many of the other candidates, he’s actually promoted drug decriminalization overall, something experts say leads to less drug use overall (not just marijuana use, by the way).

It’s likely that this won’t be a key deciding factor for many voters, but the fact that it’s a topic of conversation shows what progress has been made over the years. With the majority of the candidates still favoring a shift in US policy, it bodes well for future moves to finally legalize marijuana at the federal level.