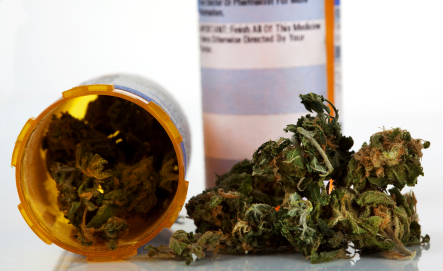 It looks like Delaware may get medical marijuana after all.

Lawmakers passed a bill to enact medicinal pot there in 2011, but the program went nowhere after Gov. Jack Markell, afraid the feds might target sellers or growers, put in on the shelf.

Now he’s reconsidering. On Aug. 15, Markell said he’s moving forward with the program. In a letter to legislators, he proposed a pilot program, scaled back from the original bill, that would include a “compassionate center” dispensary run by a non-profit.

The compassionate center would grow and distribute the pot to patients. The law Markell signed in 2011 would have created three dispensaries, one in each county in Delaware.

In his new proposal, Markell suggested the dispensary be limited to 150 plants and an inventory of 1,500 ounces. So far the state has only 39 registered patients, though none have been able to obtain pot legally since the legislation passed.

Under the governor’s new proposal, there would be 24-hour security at the dispensary, with rules enforced by the Department of Health and Social Services that will ensure marijuana is sold only to patients and their caregivers. The compassionate center would be required to report any missing weed within 24 hours and report the source of any funds greater than $5,000.

Over the past few months, Markell said, his office has been reviewing the policies adopted by other states with medical cannabis. In particular, he wanted to know how other states responded to the conflicting signals that federal officials continue to send.

Marijuana remains illegal at the federal level. Officially, it’s the position of the Obama administration that it won’t target sick patients who use medical marijuana, but that growers and distributors are fair game. Administration officials have suggested they consider pot a low priority, yet federal officials continue unprecedented raids against dispensaries across the country.

“While this office does not intend to focus its limited resources on seriously ill individuals who use marijuana as part of a medically recommended treatment program in compliance with state law, individuals and organizations who are in the business of cultivating, selling, or distributing marijuana, and those who knowingly facilitate such activities, will be in violation of federal law and be subject to federal enforcement,” Kim Reeves, spokeswoman for U.S. Attorney Charles Oberly III, said in a prepared statement.

Health Conditions For Which Medical Marijuana is Available

Medical conditions for which medical pot is supposed to be available in Delaware include multiple sclerosis, Hepatitis C, ALS, AIDS, cancer, post-traumatic stress disorder (PTSD) and Alzheimer’s disease. Though there are only 39 patients so far, Rita Landgraf, secretary of the Department of Health and Social Services, told the Associated Press there were hundreds waiting to enroll.

In a letter to the chief sponsors of the bill, the governor wrote, “the sensible and humane aim of state policy in Delaware remains to ensure that medical marijuana is accessible via a safe, well-regulated channel of distribution to patients with demonstrated medical need.”