Heading in the Right Direction

Vermont has joined the growing list of states that lay only minor penalties on people caught with small amounts of non-medical marijuana. Democratic Gov. Peter Shumlin signed legislation on June 6 to decriminalize possession of up to an ounce of marijuana, making Vermont the 17th state to decriminalize or legalize non-medicinal possession of weed. The new law takes effect July 1. Under the law, people caught with an ounce or less of cannabis will no longer face criminal penalties and jail time. Instead, they will be charged small civil fines similar to those levied in the case of a traffic ticket. First-time offenders will face fines of no more than $200, while repeat offenders may be charged greater amounts. For the first time, minor marijuana offenses will not lead to a criminal record or incarceration.

Vermont is one of 18 states with legalized medicinal marijuana and one of 15 that have decriminalized simple pot possession. The latter include Alaska, California, Connecticut, Maine, Massachusetts, Minnesota, Mississippi, Nebraska, Nevada, New York, North Carolina, Ohio, Oregon and Rhode Island. Voters in two other states, Washington and Colorado, fully legalized sale, use and possession of pot in the November 2012 election.

“I applaud the Legislature’s action to decriminalize the possession of small amounts of marijuana.” -Gov. Peter Shumlin, Vermont

Previously, possession of 2 ounces or less could lead to a jail sentence of between six months and two years. The Vermont law still requires substance abuse screening of people caught with cannabis. Other locales are moving in different directions with plans to ease up on marijuana enforcement. Doctors in Washington, D.C., are preparing to start prescribing medical marijuana in the nation’s capital, where cannabis recommendation forms have been made available for the first time. They’re not easy to get, however: Patients can get medical pot only if they have one of four qualifying conditions, HIV/AIDS, glaucoma, cancer or a condition that results in severe muscle spasms, such as multiple sclerosis. And the odds on success are mixed, with the Justice Department and FBI located literally down the street from some marijuana providers. 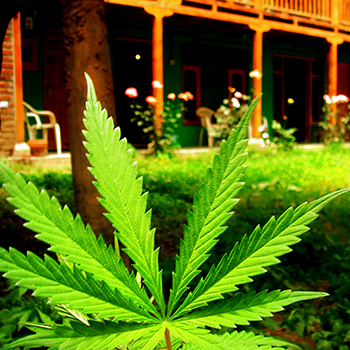 In any event, no medical marijuana is ready to sell in Washington, and only one piece of the bureaucratic puzzle is in place. It’s not clear how many eligible patients there are, or how many of them will exercise their right to smoke. In California, on the other hand, a court ruling that shut down dispensaries in much of the state may have created an economic opportunity for delivery services – which in turn have become the target of local law enforcement. The California Supreme Court ruled in May that municipalities have the right to zone dispensaries out of business, despite the 1996 referendum that legalized medical marijuana. Many dispensaries, which were able to stay open while the lawsuit made its way through court, have now been forced to close. And so, in some places, delivery services are picking up the slack.