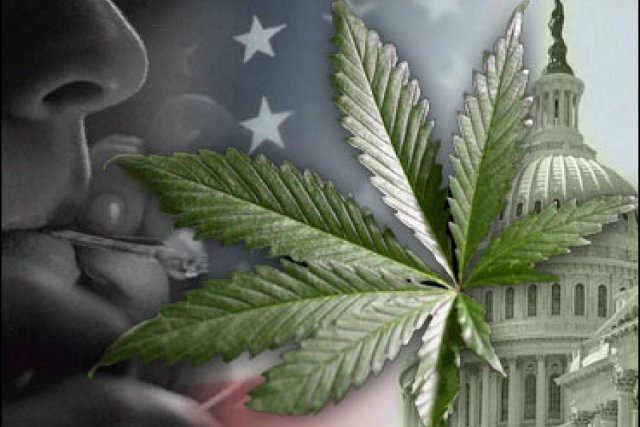 What began as a movement to decriminalize marijuana possession in Washington, D.C., may be morphing into something altogether different: a crusade to legalize the nation’s capital.

Adam Eidinger, a longtime city activist, is the leader behind an ongoing effort to lessen the penalties for pot violations. Currently, simple possession of cannabis is a misdemeanor punishable by up to 6 months in jail and a $1,000 fine.

Legalize Instead of Decriminalize?

Eidinger’s proposal, which he wanted to place on the city’s 2014 ballot, would have reduced all penalties to a $100 civil fine for anyone caught with up to two ounces of pot or up to three plants growing at home.

But the plan ran into a snag recently, and in the end it may look more like a proposal to legalize than a proposal to decriminalize.

On Sept. 4, Eidinger told the city’s Board of Elections that he would withdraw his proposal and resubmit it after reworking it. He did so after D.C. Attorney General Irvin B. Nathan objected to language in the proposal that he said could cause problems.

Concerns on the Proposal

Specifically, there were aspects of the proposal that could have obligated the city financially, and citizen ballot initiatives cannot appropriate taxpayer funds. For example, Eidinger and his supporters wanted marijuana users under the age of 18 to be put into a free drug-awareness class, but that would have cost the city money.

Nathan also raised concerns about the fact that pot remains illegal at the federal level.

“We are aware of no other statute in which the Council, or the public by initiative, has prohibited (the police) from arresting an individual when (they have) probable cause to believe that the individual has committed a federal crime,” he said.

Eidinger promised to address those concerns, but said the ultimate proposal may look more like legalization than decriminalization. He said the objections were “predictable and minor” and called it “a learning experience.”

“This was really about seeing how they would react to a basic, broad consensus decriminalization,” he said.

Eidinger isn’t alone in the pot-policy waters. There are two separate proposals before the D.C. City Council that would loosen marijuana law in the district.

A bill introduced by Council Member Tommy Wells would decriminalize marijuana, much like Eidinger’s first proposal but without home growing. It has strong support on the council. Another bill, proposed by Council Member David Grosso, would completely legalize, as Colorado and Washington State have done.

Eidinger said his proposal will be stronger than Wells’. And he already has 2,000 volunteers ready to gather the 25,000 signatures he needs to get the initiative on the ballot in 2014.