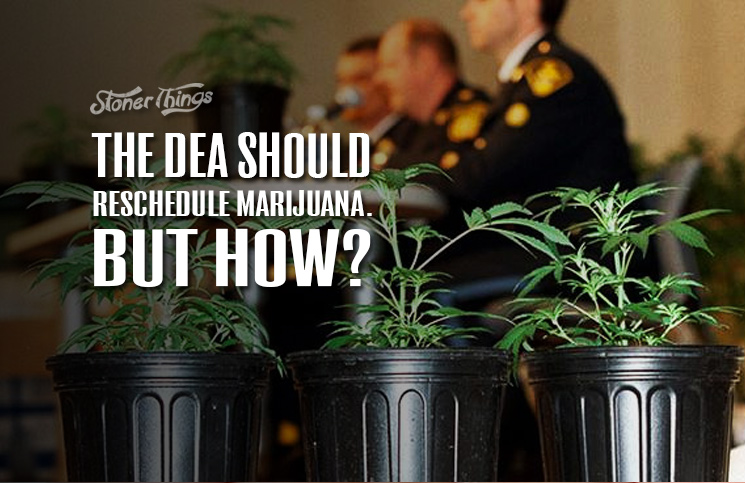 The DEA could soon make it easier to legalize marijuana, though experts aren’t laying good odds on that outcome. The agency, after all, has never shown much interest in removing pot from schedule 1 of the Controlled Substances Act, a listing that makes cultivation, sale, or possession of the drug a federal crime.

But if a rescheduling really is in the works, the decision will come by no later than the end of July, the agency announced recently. In the meantime, it’s worth asking: What would be the next logical step? How, exactly, should the federal government approach cannabis once it’s no longer ranked with heroin and acid in schedule 1?

There are a few possible approaches. 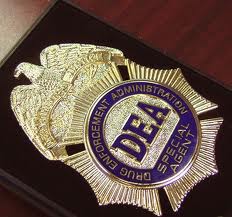 At present, cannabis is barred by federal law for any use. But four states and the District of Columbia have legalized it under their own laws for any use, while 21 others allow it as medicine, and the Obama administration has taken an official hands-off policy toward those states, declining to enforce federal anti-marijuana laws there.

Under one approach, the DEA could simply refuse to reschedule pot and leave the administration to carry on its own enforcement policy. Under another, the agency could remove marijuana to schedule 2 or 3. An even more radical solution would be to de-schedule the drug, removing it from the Controlled Substances Act entirely so Congress and the states can do whatever they like.

Leaving cannabis as it is has obvious drawbacks. The same people going to jail now for minor marijuana crimes would still face arrest, incarceration, and a permanent criminal record. And that would mean continued discrimination against people of color, the main driving force behind criminal justice reform.

This approach also would continue to rob scientists of access to the drug. With no research, policymakers would have no way to make informed decisions about the future of cannabis law. Patients would suffer, too, as the medical marijuana systems that serve them would remain on shaky legal ground.

Rescheduling, on the other hand, would make it legal for doctors to formally prescribe cannabis as a medicine. Currently they may only make informal “recommendations” because the drug is barred by the DEA and the FDA, the agency that regulates prescribing practices. These recommendations allow dispensaries to sell marijuana to patients under specific state statutes but do not protect doctors or patients from federal sanctions.

And like the status quo, rescheduling involves real risks. The DEA could move cannabis to schedule 2, where it would join cocaine and methamphetamine in a list of drugs that are allowed only for very limited medical uses. That would make it easier for researchers and would give states more room to legalize medicinal pot, but it could drastically limit the number of patients allowed to use the drug.

Moving cannabis to schedule 3 would open the door to many more patients, but doctors would still be required to prescribe it under stringent federal rules, and those rules probably wouldn’t allow for smoking or eating it. Forcing patients to take THC pills or use topicals would leave many of them with less effective medication.

What’s more, any rescheduling would likely undermine statewide medical marijuana programs, replacing them with federal oversight. That in turn would deprive the states of massive amounts of revenue, since cannabis is typically taxed while prescription drugs are not.

The third and best option, though, would be to de-schedule the drug completely, allowing states to legalize, regulate, and tax it like alcohol. Unfortunately, this is easily the least likely outcome of the three. The DEA is not known for its radical ways, and it would be a shock if that were to change. But reformers are keeping their fingers crossed.