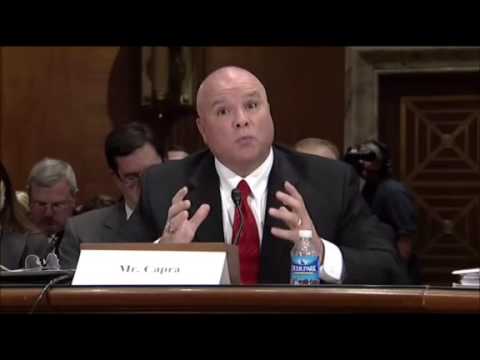 The operations chief at the DEA complained in January that marijuana legalization is “reckelss and irresponsible,” predicting the United States will suffer grave consequences as a result of its grand experiment with weed.

Ignoring the clear will of public opinion, James L. Capra told senators Jan. 15 legal cannabis “scares us. Every part of the world where this has been tried, it has failed time and time again.”

Capra himself failed to note exactly what he was talking about – or whether he was talking fact at all. Only one nation on Earth has legalized marijuana, Uruguay, and that happened so recently it’s impossible to judge yet whether its program will succeed.

Several places, from Jamaica to Holland, allow pot freely despite the fact it’s technically illegal. But those policies have hardly failed. The Netherlands, for example, has a much smaller per capita prison population than the United States and dramatically lower rates of violent crime, while the country spends substantially less on law enforcement. In Jamaica, weed has been a boon to the local economy for a century.

Pot is now legal under state law in two places, Colorado and Washington. Medical marijuana is allowed in 19 other states, including New York, where the governor announced in January that he would legalize MMJ. And several more states are on the cusp of legalizing recreational marijuana in the next few years, from California and Alaska to Massachusetts and Rhode Island.

But weed remains illegal at the federal level, and the DEA is widely viewed as a rogue enforcer of this policy.

Marijuana is classified as a Schedule 1 drug under federal law, meaning it’s considered to be extremely dangerous, extremely addictive and useless as a medicine. Other Schedule 1 substances include LSD, magic mushrooms, ecstasy and heroin.

Since federal policy holds supremacy over state policy, the Obama administration could try to close down every legal marijuana system in the country. But he has promised not to do that. Instead, last August, the Justice Department announced it wouldn’t interfere with legal weed so long as states enforce certain federal priorities, such as making sure kids don’t get the drug. 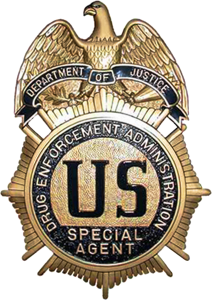 Very few people still think cannabis should qualify under Schedule 1, but it will probably remain there for a long time. Marijuana politics are changing quickly, but it’s unlikely federal laws will be rewritten anytime soon – the risk of losing the “law and order” vote in many parts of the country is still too great.

That leaves the United States with a conflict between state and federal law, and an anti-drug agency hindered by informal government policy. But that hasn’t stopped the DEA. Unlike other agencies that fall under Justice, the DEA operates mostly by its own rules. The president may say one thing, but the agency will often do another.

That’s why marijuana advocates fear agents will continue to ride roughshod over legal marijuana users and providers, regardless of federal policy – just because they know no one will stop them. Such actions, when accompanied by fear-mongering and friendly politicians, help justify the agency’s existence and its leaders’ jobs, much of which depends on an anti-pot agenda.

As for Capra, his criticism was the most vocal yet to come from the supposedly neutral DEA.

“There are more dispensaries in Denver than there are Starbucks,” he said, failing to note that he was talking about medical shops, not recreational. “The idea somehow people in our country have that this is somehow good for us as a nation is wrong. It’s a bad thing.”