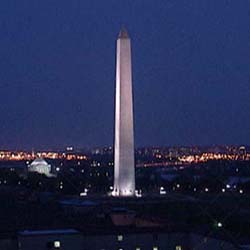 Washington, D.C., officials will hold public hearings in late October on a proposal to decriminalize weed in the city.

The hearings will focus on an ordinance submitted by City Council Member Tommy Wells, called The Simple Possession of Small Quantities of Marijuana Decriminalization Act of 2013. Wells introduced the bill earlier this year.

Currently, possession of any amount of pot is a misdemeanor punishable by up to 6 months in jail and a $1,000 fine. Under Wells’ proposal, possession of up to an ounce of weed would be a minor civil violation with a $100 fine.

Now that Wells’ proposed ordinance is under consideration, the city is hosting two public hearings so residents and advocates on both sides can comment on it. The first hearing will be held Wednesday, Oct. 30, at 6:30 p.m. in the Anacostia Neighborhood Library, 1800 Good Hope Road Southeast, while the second will take place Thursday, Oct. 31, at 11:30 a.m. in Room 500 of the John A. Wilson Building at 1350 Pennsylvania Avenue.

Several pro-marijuana groups will be testifying. Decriminalization has broad public support in the District: According to a survey by Public Policy Polling earlier this year, 75 percent of residents back this kind of reform.

Wells’ isn’t the only marijuana reform bill circulating in D.C. In September, Council Member David Grosso introduced a bill to fully legalize cannabis and regulate it under the Alcoholic Beverage Regulation Administration.

The same month, a longtime city activist, Adam Eidinger, withdrew his proposal to put a decriminalization proposal on the 2014 ballot. At the time, Eidinger said he planned to resubmit the initiative in a form that would more closely resemble true legalization.

Medical marijuana is already legal in Washington, as it is in 20 states. Dispensaries began serving patients this summer, just a short distance from the White House and the Department of Justice, both of which have made life miserable for medical pot purveyors over the last five years.

Washington may have entered the MMJ field at just the right time. In August, the DOJ announced it would no longer interfere with legal or medical weed as long as the states that allow it, as well as D.C., impose regulations that meet certain federal priorities, such as preventing drug violence and keeping pot away from kids.

If Washington adopts Wells’ proposal, the city will join 15 states that have already decriminalized marijuana. If council members or residents go further and adopt full legalization, they will join Colorado and Washington State as the only places where weed is legal in the United States.