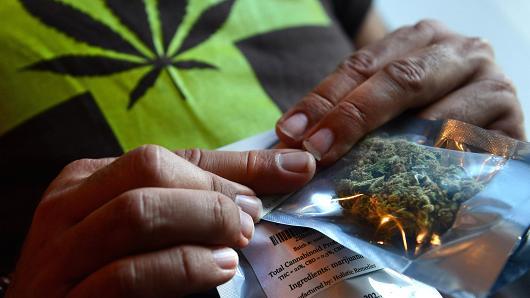 It could soon get a lot easier to enjoy a fatty in the nation’s capital.

The Washington, D.C., District Council voted in early February to move forward with plans to decriminalize possession of small amounts of marijuana. 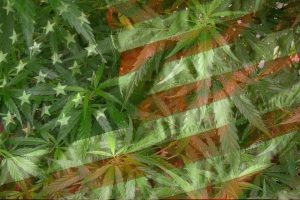 If the policy becomes law, it would remove penalties that include up to a year in jail and replace them with a simple $25 civil fine – the equivalent of a minor traffic ticket.

Toking in public would remain illegal, as would sales and cultivation. That’s why some marijuana advocates are disappointed – there has also been a push for full legalization in the District, and they feel this is a step too short.

A group of activists has filed paperwork to put legal weed on the ballot in Washington in November. The initiative would allow possession of up to 2 ounces and would legalize the marijuana industry.

Advocates hope council members will expand their current bill before it becomes law. If not, pot proponents are ready to put their initiative on the ballot. Support for legalization in D.C. is overwhelming; a poll in January found 63 percent backed the idea.

The capital pays a particularly high price for the drug wars. Though African Americans make up about 50 percent of the city’s population, they account for 90 percent of simple marijuana arrests, according to a report issued by the ACLU last year. This despite the fact that blacks and whites use pot at the same rate.

“Putting people in jail is no longer the solution to this problem,” said Council Member David Grosso, who voted for the bill. “I think the war on drugs has really failed. And what we need to do is to find a way to heal our communities from that and to make sure that people are no longer being thrown in jail for non-violent offenses.” 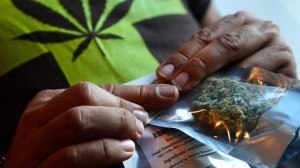 Just one council member voted against the bill. Yvette Alexander said she worried decriminalization would lead to open-air drug markets in Washington.

“It will increase more attraction to this area for the sale of drugs,” Alexander said. “Because the purchase of drugs has little to no repercussion.”

Fifteen states have removed criminal penalties for marijuana possession. Another two have gone further and legalized the entire cannabis industry: Colorado and Washington. And those two states plus 19 others and the District allow medical marijuana.

Pot remains illegal under federal law, but the Obama administration announced last year that it wouldn’t interfere with states that make medical or recreational weed legal. In return, the states must enforce certain federal priorities, such as keeping guns away from the marijuana trade.

What that means for D.C. is still uncertain. The decriminalization bill faces a second, final vote by the council and then goes to Mayor Vincent Gray. If he approves it, the U.S. Congress must sign off on it. It’s not clear whether lawmakers would do that, but they let medical pot move ahead in the District a few years ago.