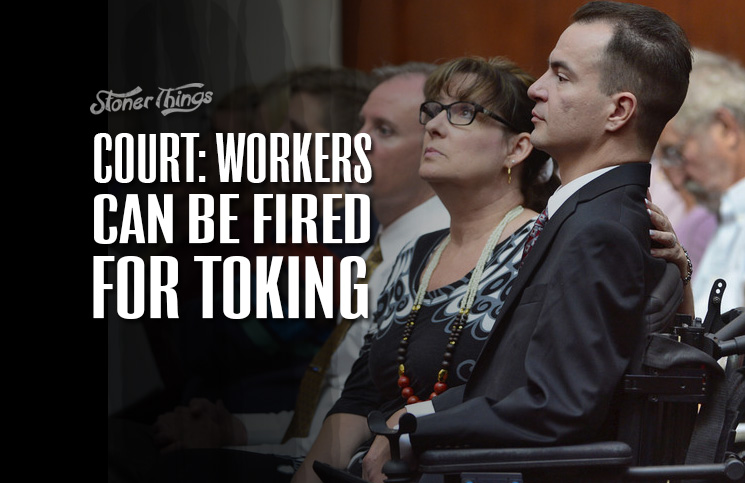 Coloradans who light up and work for a living could have a much harder time doing both, thanks to a ruling by the state’s highest court. 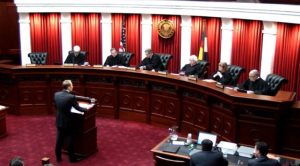 The Colorado Supreme Court ruled in June that employers have the legal right to fire employees who use marijuana, even off the job, even for medical reasons. The decision is a setback for Brandon Coats, a former worker for Dish Network who was fired because he treats his paralysis with weed.

Coats sued Dish after his dismissal, saying state employment protections prevented the company from discriminating against him on the basis of his medical cannabis use. He and his lawyer argued that Dish broke the law by firing Coats for engaging in a lawful activity. The court disagreed.

Marijuana is now completely legal in Colorado and three other states, as well as the District of Columbia. Medical weed is permitted in another 33 states, and in some places there are special laws protecting the rights of patients.

Coats invoked those rights in his argument, but the court said employers may enforce so-called “drug-free” workplace rules, even at the expense of legitimate patients. Coats sought to retain his job and secure back pay.

The ruling is a major disappointment for the cannabis community. Many had hoped the court might set limits on the rights of employers to punish pot smoking. Instead, businesses are now free to terminate employees for engaging in a legal activity off the clock.

Unfortunately, that is how the law stands almost everywhere else, too. No American court has sided with a worker who claimed discrimination on the basis of weed consumption.

Colorado has unusually strong employee protections, including a law that prevents firing for engaging in lawful activities at home. But that protection proved of little help to Coats, since employers everywhere are granted wide legal latitude in firings.

Many employees can be dismissed “at will” 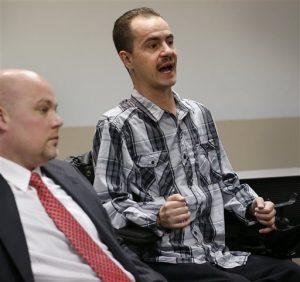 Most employees in America, and in Colorado, work on an “at will” basis, meaning they can be dismissed at any time for (almost) any reason. This is in contrast to contract workers, such as union members, who can only be terminated for a good reason, or “just cause.”

There are limits on at will firings. Under federal law, employers may not dismiss workers on the basis of race, religion, gender, or any other constitutionally protected status. Outside of these categories, though, bosses are free to discriminate on almost any grounds.

That includes behavior off the job, such as alcohol consumption, smoking, and partying. Coats and fellow advocates had hoped the law in Colorado would provide some protection to working marijuana patients.

“Although I’m very disappointed today, I hope that my case has brought the issue of use of medical marijuana and employment to light,” Mr. Coats said after the decision. “If we’re making marijuana legal for medical purposes, we need to address issues that come along with it such as employment. Hopefully views on medical marijuana – like the ones in my specific case – will change soon.”