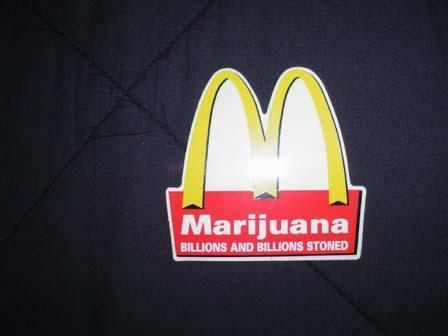 An Iowa couple say they ordered two double cheeseburgers from the drive-thru at McDonald’s and came away with a little something extra: a helping of marijuana.

After biting into their sandwiches, Brittany Songer and her fiancé, Cory Long, said, they realized the burgers were covered in cannabis. Not just a sprinkle – enough that they smelled more like dope than McDonald’s. 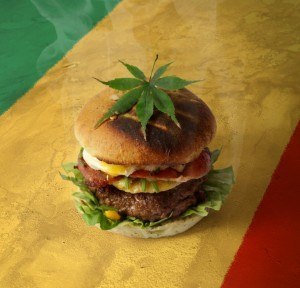 The two ordered a pair of McDoubles at a McDonald’s restaurant in Ottumwa, Iowa, April 26. Songer has a son and was six weeks pregnant at the time.

“Cory brought me food and I offered a bite to my 2-year-old son,” Songer said. “Luckily he didn’t take one. Then I took a bite of my burger and got mad at Cory. It tasted bad, and I thought maybe it was because he had cologne on his hands when he bit it. Then I opened the burger and the cheese was just covered with weed. Once I opened those burgers, you couldn’t smell McDonald’s anymore. You could only smell the illegal drugs that were on it.”

The marijuana had been sandwiched between the two hamburger patties of each of the McDoubles, police said. The couple began eating the burgers after they left the drive-thru, then returned to the restaurant when they realized the sandwiches were topped with weed.

Songer and Long told the manager about their suspicions, and then called police. Authorities launched an investigation into the identity of the plant material found on the burgers and into who placed it there. Ottumwa Police Lt. Jason Bell said the substance appeared to be marijuana.

“I can’t really quantify how much there was,” Bell said. “It appeared to be something that may have been intentionally placed on the burger, and by who is part of the investigation. We are trying to determine who actually put it on there. McDonald’s has cooperated fully with everything that we have asked of them.”

Neither Long nor Songer became ill or intoxicated as a result of the incident. Raw marijuana usually won’t impart much effect when eaten in small quantities, though it could still register on drug tests, which have been ordered for the couple.

If the results come back positive, Songer and Long may have grounds for a lawsuit against McDonald’s and whoever spiked their food. Results are expected in about two months.