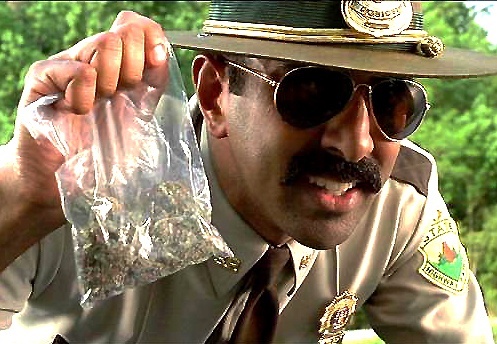 Sometimes it isn’t enough to buy some weed and smoke it at home. Sometimes you have places to be, and you want to take your pot with you. But that raises a common problem, especially in states that haven’t legalized or decriminalized marijuana. 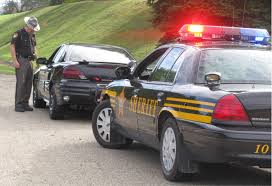 The dilemma: what to do when you’ve been pulled over by the police with dope in your car? It’s definitely a tricky situation, unless you live in Washington or Colorado, both of whose voters legalized weed in 2012. Driving with cannabis is also relatively safe in California and a few other states with medical marijuana.

But in many places, it’s illegal to drive with pot in your car. Penalties depend on how much weed you’re transporting, and they’re especially harsh if you’re caught carrying cannabis across state lines.

So what should you do if police stop you when you have grass in your car? Here are a few tips.

First, a general rule: Obey traffic laws to the T. Legally speaking, the cops can’t pull you over unless they see you break the law, whether by speeding, tailgating, or some other traffic violation.

That doesn’t mean they won’t, however. Troopers in the states that surround Colorado are notorious for stopping motorists based solely on their out-of-state license plates, then claiming to smell marijuana and using that as an excuse to search vehicles.

Still, obeying the law makes it much less likely you’ll be pulled over.

Next, if you should be stopped, stay calm. We make bad decisions when we’re anxious, and it’s important that you carefully navigate the situation to avoid making it worse.

Don’t try to swallow or otherwise dispose of your pot, unless it’s just a smallish joint. You won’t get it all down in time, and even if you do, the cops are likely to see you trying. That would get you in a whole new world of hurt, as you could face additional charges of destroying evidence or interfering in a criminal investigation.

Be polite. Don’t pick a fight or you can guarantee the police will dream up an excuse to search you. And they don’t need a warrant to search a car, just “probable cause” to believe it contains evidence of a crime.

Equally important, keep your mouth shut and never consent to a search. You don’t want to make police suspicious, so answer clearly and truthfully if asked for your identity. But as a rule, if you feel a need to lie, you should instead politely decline to answer the question. That won’t look good, but it’s not grounds for a search or arrest.

Any questions about where you’ve been, where you’re going, and whether you know what traffic law you broke could all lead you to incriminate yourself, as could other queries. It’s better to stay quiet than provide evidence against yourself. 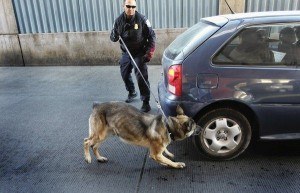 Whatever you do, don’t try to fool cops or drug-sniffing dogs. It almost certainly won’t work. Depending on how long they’ve been on the job, they’ve probably seen every trick imaginable, and you may not be as creative as you think.

You should try to avoid the use of drug dogs in the first place. If your weed is in the open, where police can smell it, you’re in trouble and will likely be searched. That could mean a drug-sniffing dog, which will almost certainly find your stash.

The key to staying out of trouble is to avoid giving cops a legal reason to search your car in the first place. Obey all other laws religiously, and the odds that you’ll be stopped decrease. Of course, if you opt not to bring the marijuana with you, you can avoid this problem altogether.