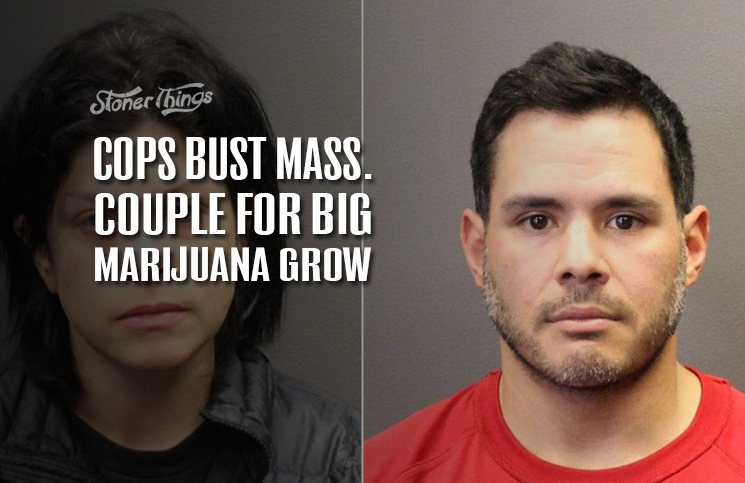 Police in a small seaside Massachusetts city busted a local couple in March for allegedly growing a large amount of marijuana as part of a “sophisticated” operation to cultivate and sell the drug. 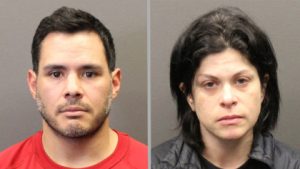 The cops sent a SWAT team to the house in Hull, a town located on a small peninsula in the Boston Harbor. Neighbors described a chaotic scene when heavily armed SWAT officers stormed the house.

“You just never know who lives next door to you,” said Laura Taranto, a neighbor.

The investigation had apparently been in the works for some time, though police didn’t say much about how it started or progressed. They said they used a full SWAT team because of the guns and because they considered Maglio to be armed and dangerous.

In a ruse not uncommon in SWAT raids, some of the officers who stormed the home posed as utility workers so they could get close before the rest of the team swooped in. The bust apparently went down without any violence or resistance.

Illegal pot grows are common, especially in Massachusetts, where marijuana could soon be legalized. But Maglio and Zerkel reportedly kept their indoor garden successfully hidden from public view. Neighbors said they were shocked to learn the couple were involved in illicit cannabis cultivation.

Neighbor Laurie McDowell described the two as odd, but said they never did or said anything to suggest they were growing marijuana in their home.

Maglio and Zerkel have been charged

The home used to belong to a local T-shirt mogul, Johnny Cupkakes, and Maglio and Zerkel moved in within the last 12 months, neighbors said. Police said Maglio had multiple prior drug convictions and was already facing serious felony charges for allegedly committing subsequent crimes following his earlier convictions.

Zerkel was pregnant with Maglio’s child at the time of the raid, so she and Maglio were charged with reckless endangerment of a fetus – presumably because of the danger created by the guns. Both were also charged with marijuana cultivation, while Maglio faces additional firearms charges.

Both suspects were booked at a local jail following the arrest. Zerkel was freed on her own recognizance – meaning the court trusts her to show up for trial – while Maglio was still being held on an $80,000 cash bail. No date was immediately set for arraignment.

Cannabis has been legal as medicine in Massachusetts since 2012, but recreational pot remains illegal. That could change in November, as voters are likely to face a ballot question to legalize the drug for personal use.

What do you think? Should states spend money on busts like this? Does the presence of guns make a difference? Comment below.