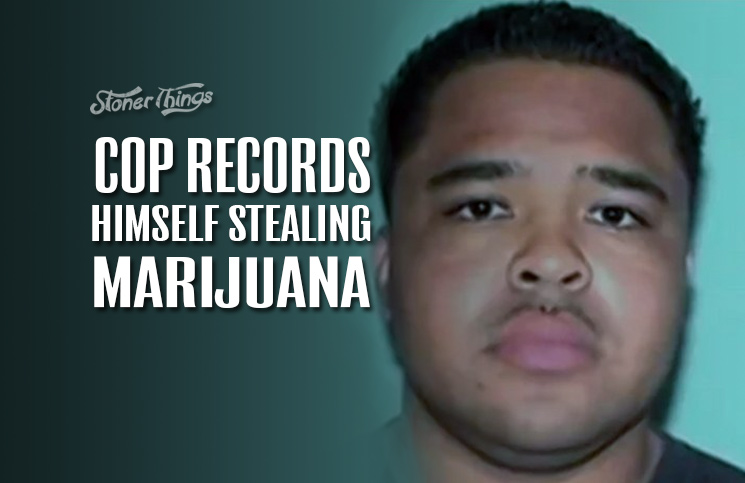 To all the narcs and other cops of America: Don’t do this. Ever.

A New Mexico police sergeant was busted in August after his bosses discovered he had unwittingly filmed himself stealing marijuana from the police department and handing to his girlfriend. Grants, N.M., Police Sgt. Roshern McKinney, 33, was arrested in Albuquerque Aug. 24 on charges of distributing cannabis, conspiracy, and felony embezzlement. He was charged in a local Albuquerque court.

McKinney was released from the Sandoval County Detention Center Aug. 27, according to local news reports. It wasn’t immediately disclosed whether he posted bail or in what amount. It also wasn’t clear whether the court imposed any monitoring or drug-screening requirements pending his next hearing.

The tape shows him driving to the police station in his official cruiser July 11, taking an 8-ounce brick of marijuana from his office, slipping it into a pocket on his uniform, and leaving with it, said Grants Police Sgt. Elizabeth Armijo, a department spokeswoman. The pot hadn’t yet been logged into evidence, Armijo said.

“These items were never submitted to the department’s evidence vault,” she said.

McKinney then allegedly drove the marijuana brick to the home of his girlfriend, 23-year-old Tanicka Gallegos-Gonzales, and gave it to her. He was caught on the recording telling her the drugs were for her father, according to news reports. The video also shows him fondling Gallegos-Gonzales while she sits in his lap after accepting the cannabis.

State police arrested Gallegos-Gonzales, also on Aug. 24, and she was charged with marijuana distribution and conspiracy. Like McKinney, she was released from the Sandoval County Detention Center three days later.

In addition to the cannabis charges, McKinney is accused of embezzling $785 in cash from the department, money that was also destined for the evidence lockers. All the alleged crimes happened while he was on duty, Armijo said. 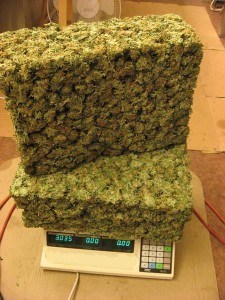 Vandiver said that once the recording was discovered, he immediately sent it to the State Police for an independent investigation.

“In reference to Sgt. McKinney, when this situation was brought to my attention, I contacted two outside agencies to conduct concurrent but separate investigations,” Vandiver said. “The situation is still an active and ongoing personnel matter.”

McKinney was apparently still employed by the Grants department as of Aug. 27. Police officers charged with crimes, especially felonies, are typically placed on administrative leave until their superiors investigate and decide whether to fire or discipline them, but Vandiver said he couldn’t disclose McKinney’s immediate employment status.

“The employee has rights, and until the investigation and personnel matters are closed, I cannot discuss it further,” the chief said. “When the personnel matter is resolved, I’ll be able to make a further statement regarding this matter.”