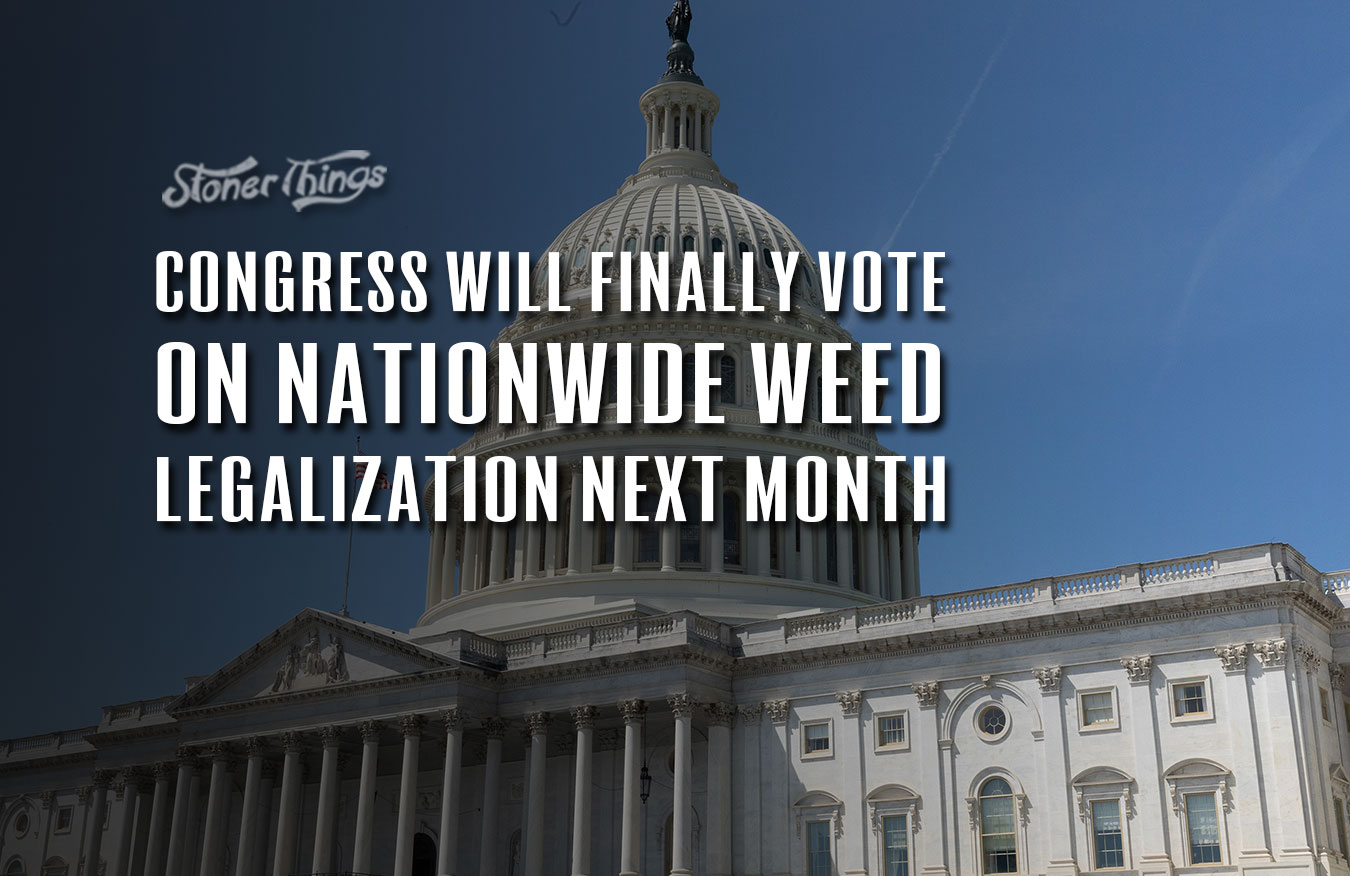 Marijuana advocates get a little early Christmas next month, maybe. The first-ever piece of legislation that would officially decriminalize pot will go up for a vote in the House of Representatives. The MORE Act, which stands for Marijuana Opportunity Reinvestment and Expungement, would reclassify marijuana and no longer treat it like the Federal government treats drugs like heroin and cocaine. It would also make marijuana sales legal across the country, although states would opt-in, and of course there would be taxes. Will it pass? That’s likely, as some of the congressional members who were against the bill have failed to get elected for a new term. Unfortunately the bill’s chances are less likely in the Senate, where the majority leader, Mitch McConnell, has managed to tamp down any effort to legalize pot at the Federal level.

Even so, the bill cleared Rep. Jerry Nadler’s committee last year (yes, while he was also working on impeachment materials) and was proposed in 2019. How does a bill become a law? It’s an arduous process, but the fact that it has cleared that initial hurdle and is headed for an actual vote on the floor is significant. In light of a Trump loss, it’s anyone’s guess as to whether the incoming Biden administration would support signing the bill. After all, Biden has supported criminal justice reforms, but stopped short from supporting full legalization.

The Act is the first significant bill to make it this far in a generation, which is why the vote in the House will be important. It will also be with an incoming slew of new legislators, some of whom are controversial and have no voting record. How will they fall on the issue at hand? Even if they campaigned against legal pot, sometimes deals are made that change votes in the end. Although Congress has remained largely divided, legalization has gained increasing bicameral support over the years. Coupled with tax revenue and criminal justice reform, it could be an easy win for advocates.

The particulars of the bill are significant, with resentencing of those convicted in the past, expungement of records related to drug offenses, and reinvestment programs intended to educate and retrain. If these sound familiar, it’s because similar programs have sprouted up across the country, as more states have “experimented” with legal weed, enacting programs that take tax money earned from sales of pot and putting it into, well, education and health programs. Plus, state-level efforts to purge records and “forgive” convictions that stemmed from laws that are overridden are an easy win in a country where a disproportionately high number of citizens are incarcerated. And that’s because we put them there due to draconian drug laws over a generation ago.

The MORE Act is scheduled to be voted on in early December, but it will have to clear Sen. McConnell’s increasingly cluttered desk (he has prevented over 400 bills from the Senate floor in the past year) before becoming law, plus it will have to be signed by the lame-duck Trump administration while they are busy fighting election results. So, while the bill itself is significant and good news, the outcome may not be positive for a while yet.