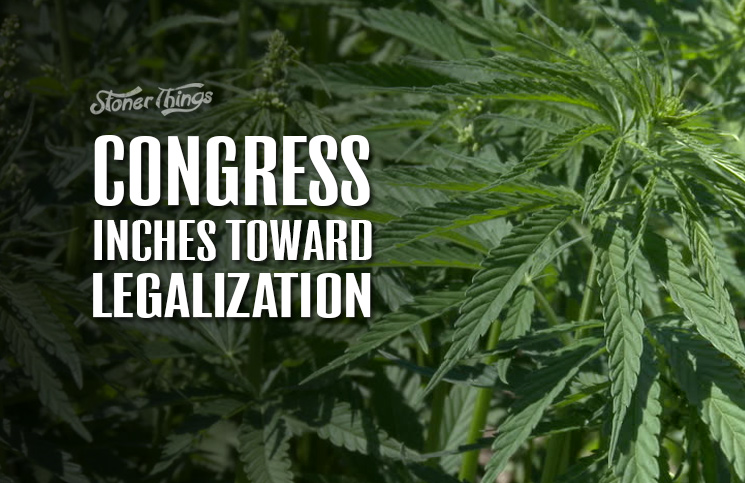 It’s happening slowly, quietly, gradually. It’s hard to see. But it’s gaining steam, and there’s really no going back. Congress, long a bastion of opposition to marijuana reform, is nudging its way toward legalizing the drug at every level of government.

Piece by piece, lawmakers are removing barriers to legal cannabis under both federal and state law. Each move has been incremental and small, but it adds up. Pot probably won’t be legal everywhere anytime soon, but that’s the direction Congress is taking.

In one example, the House and Senate have repeatedly passed bills prohibiting the federal government from interfering with states that legalize medical cannabis. Earlier this year lawmakers approved legislation allowing doctors at the Veterans Administration to recommend pot as medicine.

In recent weeks, for example, the House and Senate passed legislation allowing doctors at the Department of Veterans Affairs to recommend medical marijuana. A Senate committee approved a bill that would renew a rule barring the federal government from interfering with medical cannabis in states that have legalized it. And lawmakers could soon vote on a proposal to stop penalizing banks that work with MMJ providers.

Separately these steps haven’t changed much: Many veterans already had access to medical weed outside the VA, the Obama administration had already adopted a hands-off approach to state laws, and the bank issue hasn’t advanced far enough to make much difference yet. But collectively, it all adds up.

The beginning of the end of prohibition

Four states have legalized marijuana for any adult use, while another 21 allow the drug for full medical use. Several other states permit a limited, non-intoxicating form of MMJ. But pot remains illegal under federal law, even as medicine.

Attitudes on and off Capitol Hill are changing when it comes to cannabis. More than half of Americans favor full legalization, and while many lawmakers refuse to acknowledge this reality, a growing number have clued in.

Up until just a few years ago, every proposal to reform marijuana law died in Congress, one after the other, said Michael Collins, deputy director of the Drug Policy Alliance. Now, he said, “we just win all the time.” 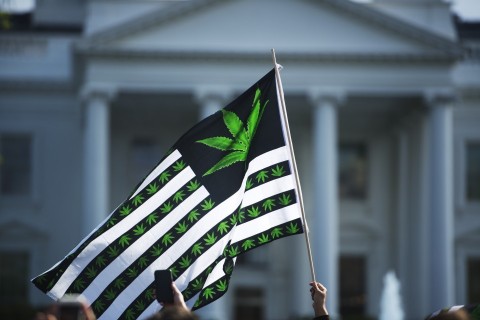 Staring in 1996, when California legalized medical marijuana, those victories occurred almost exclusively at the state level. But it has finally spread to Congress, where lawmakers on both sides of the aisle have worked to add reform measures to budget bills. By adding the proposals to spending legislation, lawmakers ensure they pass with less resistance.

So what has changed in recent years? The biggest step forward may be the inclusion of a growing number of Republican and conservative lawmakers in the movement to legalize cannabis, said Rep. Dana Rohrabacher, a California Republican and staunch legalization advocate.

“The missing component was the constitutionalists and the libertarian conservatives,” Rohrabacher said.

What do you think? When will Congress get its act together and legalize marijuana everywhere? Let us know by leaving a comment.